Lata has recorded songs in over a thousand Hindi films and sung in over 36 regional Indian languages.
IANS 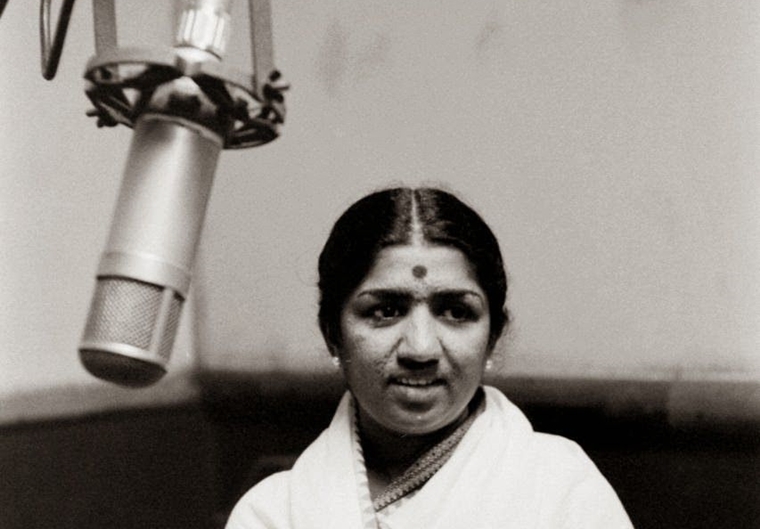 Mumbai: From her first song "Mata ek sapoot ki duniya badal de tu" in the 1943 Marathi film "Gajaabhaau" to "Lukka chhuppi" in 2006 for the film "Rang De Basanti", the Nightingale of India Lata Mangeshkar has managed to enchant all age groups with her soulful vocal prowess.

Lata, who has recorded songs in over a thousand Hindi films and sung in over 36 regional Indian languages, a recipient of three National Awards, the prestigious Bharat Ratna and the Dadasaheb Phalke Award, turns 90 today.

She received her first music lesson from her father Deenanath Mangeshkar. At the age of five, she started to work as an actress in her father's musical plays. When she turned 13, Master Vinayak (Vinayak Damodar Karnataki), owner of Navyug Chitrapat movie company, helped Lata get started in a career as a singer and actress.

Lata sang the song "Naachu yaa gade", which was composed by Sadashivrao Nevrekar for Vasant Joglekar's Marathi movie "Kiti Hasaal", but the song was dropped from the final cut. Her first Hindi song was "Mata ek sapoot".

Listing a handful of songs of Lata Mangeshkar is like trying to pick droplets of water from an ocean. Still, here is a list of song by the nonagenarian that tell you why she has stood the test of time:

Aye mere watan ke logon: Lata sang this patriotic number in 1963. The song was penned by Kavi Pradeep and it commemorates Indian soldiers who died during the Sino-Indian War in 1962. The song was first performed live by the singer on January 26, 1963 at the National Stadium in New Delhi. The track is still rendered at patriotic functions in India.

Saawan ke jhoole pade: Picturised on Amitabh Bachchan and Rakhee, the song was from the 1979 film "Jurmana". The song is composed by R.D. Burman.

Beeti na bitai raina: The song was picturised on Jaya Bachchan and Jeetendra in the 1972 drama film "Parichay". The number was sung by Lata and singer Bhupinder, R.D. Burman had composed the song.

Yaara seeli seeli: The song featured in "Lekin", Gulzar's 1991 film loosely based on a short story by Rabindranath Tagore. It was picturised on actress Dimple Kapadia. The music for the number was given by Lata's brother Hridaynath Mangeshkar.

Mera saaya saath hoga: The song is from the 1966 film "Mera Saaya" directed by Raj Khosla. The film, a remake of the Marathi film "Pathlaag", stars Sunil Dutt and Sadhana. The music was by Madan Mohan.

Aaja piya tohe pyaar doon: This romantic number featured in the 1967 film "Baharon Ke Sapne". The song was picturised on actors Asha Parekh and Rajesh Khanna. The lyrics were written by Majrooh Sultanpuri and R.D. Burman was the composer.

Piya tose naina lage re: The number featured in the 1965 romantic drama "Guide" and was picturised on Waheeda Rehman and Dev Anand. The classic movie, based on R.K. Narayan's novel "The Guide", was directed by Vijay Anand. S.D. Burman composed the tune for Shailendra's lyrics. 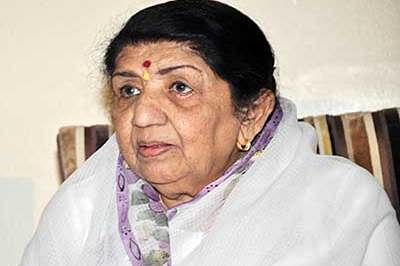 Lata Mangeshkar turns 90 today, and is gearing up for a new song