Welcome Sherlock’s spunky teen sister Enola, every bit a match and more for the famous detective, as we glimpse at how he warms up to another budding home-grown one
Anupama Chandra When her brilliant, eccentric mother goes missing, independent Enola Holmes uses her unusual education and skills to outsmart her brothers and daringly run away to London to find her, while saving a young aristocrat with her budding sleuthing skills on the way.

If a 16-year-old’s mother goes missing, what would they do? Confident Enola (played perfectly by first-time producer Millie Bobbie Brown), third in line to Mycroft (Sam Claflin, playing to the galleries, as a buttoned-up, dour government employee) and Sherlock Holmes (a handsome, compassionate Henry Cavill who is as unlike Jeremy Brett’s Sherlock — my gold standard — as can be), is not one to sit at home and mop — instead she marches to London ‘the seat of civilisation’ to look for Eudoria (an understated Helena Bonham Carter).

Being schooled in arts unbecoming of a lady (such as cracking ciphers and anagrams, knowing how to read newspapers and fight, etc.) but those that help you fend for yourself, she finds it a tad easier than the other runaway, a young marquess Viscount Tewksbury (a gangly Louis Partridge, reminiscent of an exceptionally young Hugh Grant) who she saves every time from the murderous Linthorn (Burn Gorman).

Based on the YA novel, ‘The Case of The Missing Marquess’ by Nancy Springer, the movie alternatively is, either evenly paced or on-the-run, depending on the plucky heroine. Enola is determined, devilish and daring in the face of every grim situation, making you forgive frequent interruptions of her breaking the fourth wall to address you directly. The script is bright and witty, the cast is unexpected and impeccable, and the director, having whetted his appetite with ‘Fleabag’ and ‘Killing Eve’, absolutely primed. The film’s score by Daniel Pemberton is spritely and spirited, much like the film. The tone of the movie takes off from Robert Downey Jr.’s ones, depicting a Victorian London that’s more entertaining and light, with some darkish themes thrown in to keen out the balance, than I would credit that age with.

Cavill's Sherlock, while in line with Springer’s book, is at complete loggerhead with the classic reading of Doyle's hero — an astute, crotchety, egoistic and arrogant Victorian crime solver and an occasional fighter. Our man is well-built and dishy to a fault, tender and empathetic, invested in a younger sister who he fails and feels guilty about, and who he is happy to let take centre-stage. This radically feminist Sherlock with perfectly set wavy hair, who smiles easily and gloats at every glowing mention of Enola is a bit much to digest. And yet you are already waiting for him to return as the film prepares ground of a sequel or more. The Enola-Sherlock portions make for some of the best scenes, with him respecting her as an equal, opposite force to reckon with; much like a new-age Irene Adler.

Jack Thorne’s laud-worthy screenplay holds a nuanced critique of the Victorian societal circumstances and sublime feminism that’s never in your face. It has the innocence of the first Harry Potter movie. As Eudoria remarks, “There are two paths you can take, Enola. Yours, or the path others choose for you,” the story carves its own path, much like the titular heroine. All in all, Enola is a guilty pleasure you’ll sink into, time and again, a welcome addition to the canon, with Brown investing her with an uncanny joie de vivre, that’s as much her own as the character’s. A touch more mystery and adventure would have helped, but then we are just at the beginning and as they say “the game’s afoot”. 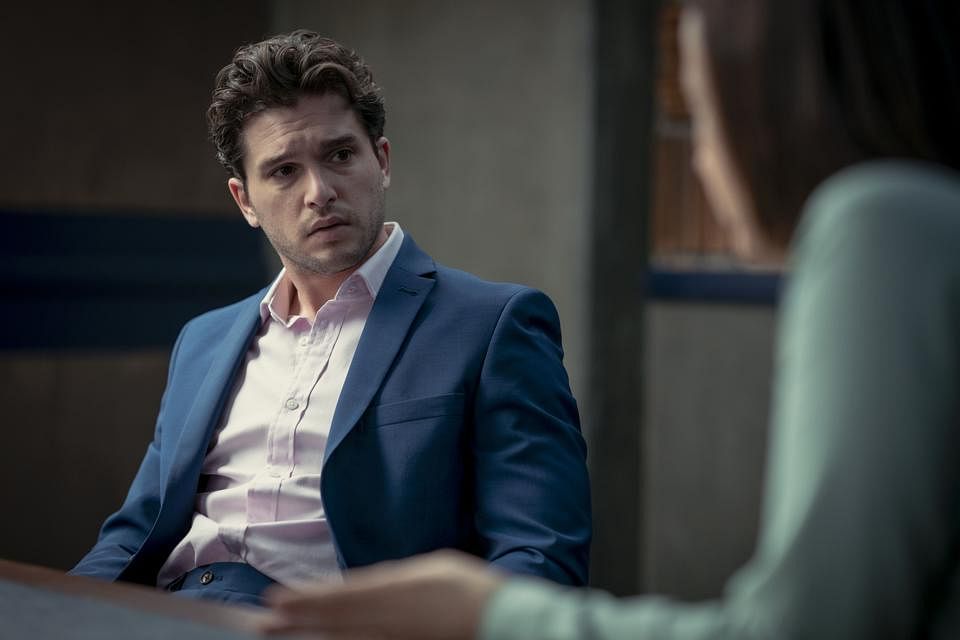