HomeEntertainment'Emphasis is on crime dramas, thrillers these days and 'Potluck' felt like a breath of fresh air': Harman Singha

'Emphasis is on crime dramas, thrillers these days and 'Potluck' felt like a breath of fresh air': Harman Singha

Harman Singha spoke about his role in 'Potluck', his first break, and how his elder brother Rannvijay Singha has motivated and supported him throughout his journey

Actor, writer, creative director and producer Harman Singha, who was recently seen in the web series 'Potluck', spoke about his role, his first break, and how his elder brother Rannvijay Singha has motivated and supported him throughout his journey.

Opening up about his bond with Rannvijay, Harman told Free Press Journal, "He's like my third parent, and has held my hand since the day I was born. He never left me alone and his feedback means a lot to me. Everything I do is for him and my folks."

The actor comes from an Army family and he had joined the Merchant Navy after completing his studies. However, he later quit it to try his luck in the entertainment industry. He started working as an assistant director to get the crux of acting and filmmaking and even tried his luck in writing.

When asked if it was difficult for him to convince his family about pursuing acting, Harman said, "Not one bit! My parents are rockstars. They never put a limit to what we could achieve or set any parameters when it came to choosing a profession and it has worked well for me and my brother. We had zero expectations from this city or this industry when we moved here. Even today, I sometimes feel it's too good to be true. You've got to be thankful for what you have."

"My first acting role was in a film called 'Mango', directed by Abbas Tyrewala. It was like a dream. I was assisting Abbas and his wife Paakhi as a writer. Through our interactions over a period of time, they suggested that I should try acting. While I was unsure about this move, Rannvijay always had faith in me. His confidence in me has always given me the strength to take on challenges," he said.

In 2016, Harman played the lead role in a web series called 'A.I.SHA – My Virtual Girlfriend', the first season of which bagged several awards.

The multitalented actor stated that his journey has been quite rewarding, full of learning and there have also been lots of hits and misses, adding that his excitement to be on set today is exactly the same as it was on his first day as an intern 12 years back.

The actor further said that his experience in writing and being behind the camera has helped him a lot with acting. "Writing a script is a great way to understand the character, plot and story. It eventually helps in my performance and I'm grateful that I get to experience both worlds," he averred.

Harman added that he loves the process of storytelling - right from sitting in an empty room to write till its execution on set. However, he is currently enjoying being in front of the camera a lot more.

Talking about his role in 'Potluck' and how he bagged it, Harman said, "Dhruv is an ultimate family man. He's one guy who you'd need in your corner during a fight. I tested for the part with Rajshree Ojha (director) ma'am, we did a couple of scenes and she instantly liked my tone and style. I feel extremely lucky to be cast as this wonderful guy who's so full of love."

"It was a complete riot on set, we all got along better than anyone could have expected. There were many potlucks off camera as much as they were on the shoot. Rajshree ma'am had an uphill task as it's extremely tough to build a show from scratch, she figured out the relationships between characters and that translated beautifully on camera," he added.

Harman said that 'Potluck' felt like a breath of fresh air. "There is a lot of emphasis on crime dramas and thrillers these days and a show like 'Potluck' fills you up with hope and leaves you with a smile," he said.

So far, Harman has majorly worked on projects on OTT platforms. Sharing his views about the medium and his experience, he said, "I love it! Thanks to OTT, a lot of my friends are making shows, acting in them, and producing them. The Covid-19 pandemic was also the time that revealed the ability of OTT platforms to bring diverse cultures, subjects and talent to the forefront of cinema and to give them the kind of reach which until then was far-fetched for many. Filmmakers who were in the past forced to change the narrative and tone according to the mainstream audience are now experimenting and reflecting on various topics."

Read Also
'Theatre keeps me energised and it will continue to be my best friend': Joy Sengupta 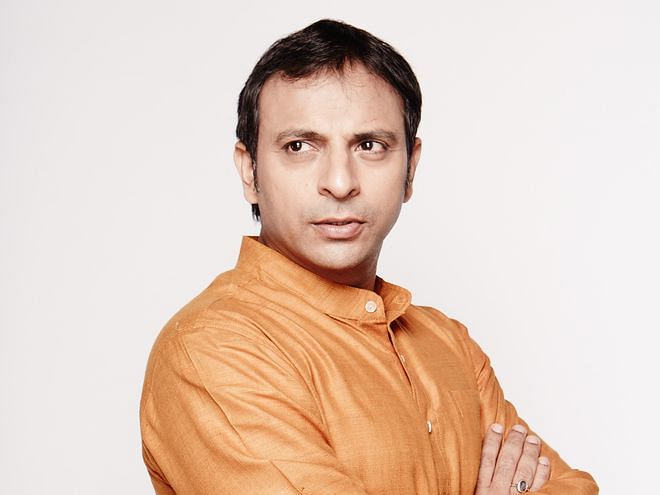