Dilip Kumar made his debut in 1944, in Bombay Talkies’ Jwar Bhata with him playing a wandering musician. He was 22 and was terrified his father would be livid if he learnt that he had turned an actor

On December 11, 1922, Lala Ghulam Sarwar and Ayesha Begum were blessed with a son whom they christened Mohammad Yusuf Khan, but who came to be more famously known as Dilip Kumar, a name he picked for the screen himself. Over a decade ago, while working on an article to be published on his birthday, I had asked the actor what was the most dramatic thing that had ever happened to him in real life and with one of those famous reflective pauses, Dilip sahab had admitted that it would be the day, or rather the night, he was born.

From what he had learnt from his family, a fire had broken out in Mohallah Khudad in Qissa Khawani Bazaar of Peshawar where their three-storeyed home was located. As a result, the roads were choked with crowds and chaos and it had taken a while for the midwife to fight her way to Ayesha Begum’s bedside. Since his mother was a frail and delicate woman, this had caused some anxious moments till a lusty cry had announced the arrival of her fifth child. In sharp contrast to his entry, his exit from the world was a quiet one, at 7.30 am, on a sunny Wednesday morning (July 7). A week ago, he had been admitted to Mumbai’s PD Hinduja Hospital after he complained of breathlessness. He was diagnosed with bilateral pleural effusion and while there was some concern, his wife Saira Banu had assured that he was stable. At 98, there were several age-related problems because of which he had been in and out of hospitals, but he was holding his own and everyone had expected the man who had once dreamt of playing for India’s cricket team and hitting a match-winning century, to score one in real life too.

Dilip Kumar is gone. But for me, the memories live on…

I remember, as a cub reporter, tagging along to his Pali Hill bungalow for the first time with my editor. In my early twenties, fresh out of college, I admit I was somewhat intimidated to be in the presence of the thespian whose films I had grown up watching on Doordarshan. While my boss and Sairaji had chatted away animatedly, with the familiarity of a long and close association, I had sat beside him, tongue-tied. After a while, high tea was served. 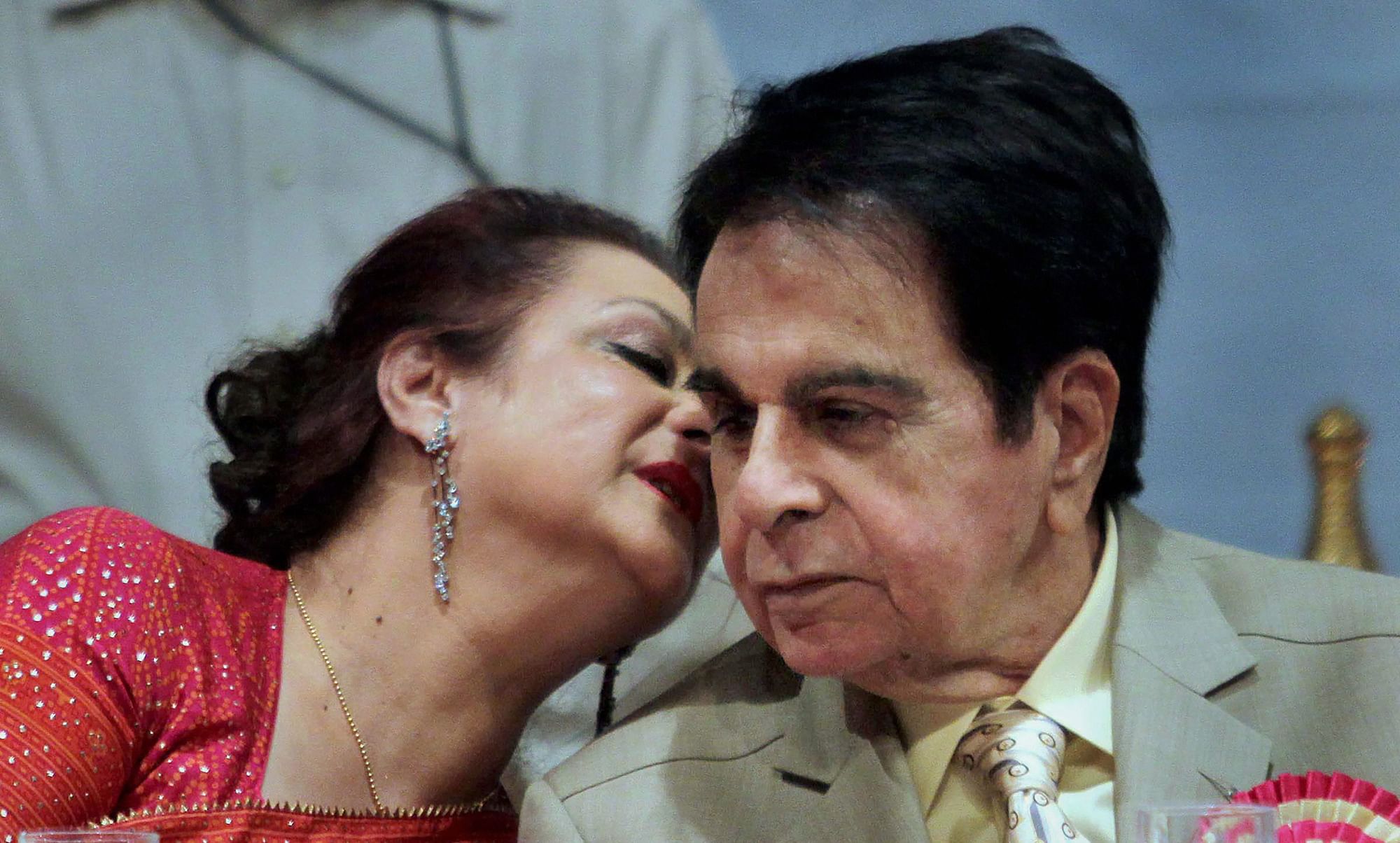 The golden-brown triangular dosas served in the finest china caught my eye. I couldn’t look away because I had never imagined the South Indian delicacy to look so regal. Suddenly, a voice broke into my thoughts, “Do you want some soup? It’s bhindi.” I couldn’t believe that ‘The Dilip Kumar’ was offering to share his meal with me. Though I declined with a shy smile and a quick shake of my head, that broke the ice.

Soon, we were talking animatedly about food, another of Dilip sahab’s passions, with him detailing a biryani recipe to me, step by step. The rice was cooking, the meat was marinating, and he was explaining the process meticulously when Sairaji turned towards us. Overhearing our conversation, she wondered why “this child” would be interested in stirring up a pot of biryani. He stopped with an apologetic smile. I was too young and awed by my surroundings to prod him to complete the instructions. Result: I still have to order in for biryani.

Read Also
Dilip Kumar Mental Health: When he consulted a psychiatrist as the 'Tragedy King' tag led to... Dilip Kumar made his debut in 1944, in Bombay Talkies’ Jwar Bhata with him playing a wandering musician. He was 22 and was terrified his father would be livid if he learnt that he had turned an actor. He went on to feature in 62 films. Fourteen remained incomplete or unreleased. He turned down several offers, including David Lean’s 1962 British historical epic, Lawrence of Arabia.

During one of our interactions, when I had prodded him about turning down a film that could have made him a global hero, Dilip sahab had admitted that he had met David Lean a few times with his friend Hiten Chaudhury and been offered the role of Sherif Ali. But after much deliberation, he decided he didn’t want to leave his comfort zone and work in an alien environment.

Read Also
Why did Dilip Kumar change his name from Mohammed Yusuf Khan? Lawrence of Arabia was nominated for 10 Academy Awards, it won seven. Omar Sharif, who eventually went on to play the role, did not bag an Oscar though he was nominated, but he did win a Golden Globe for Best Actor in a Supporting Role. Any regrets, I had wondered, and Dilip sahab had stated, “None. This is my home. This is my cinema.”

As he takes the last curtain call, these words will always resonate with me.