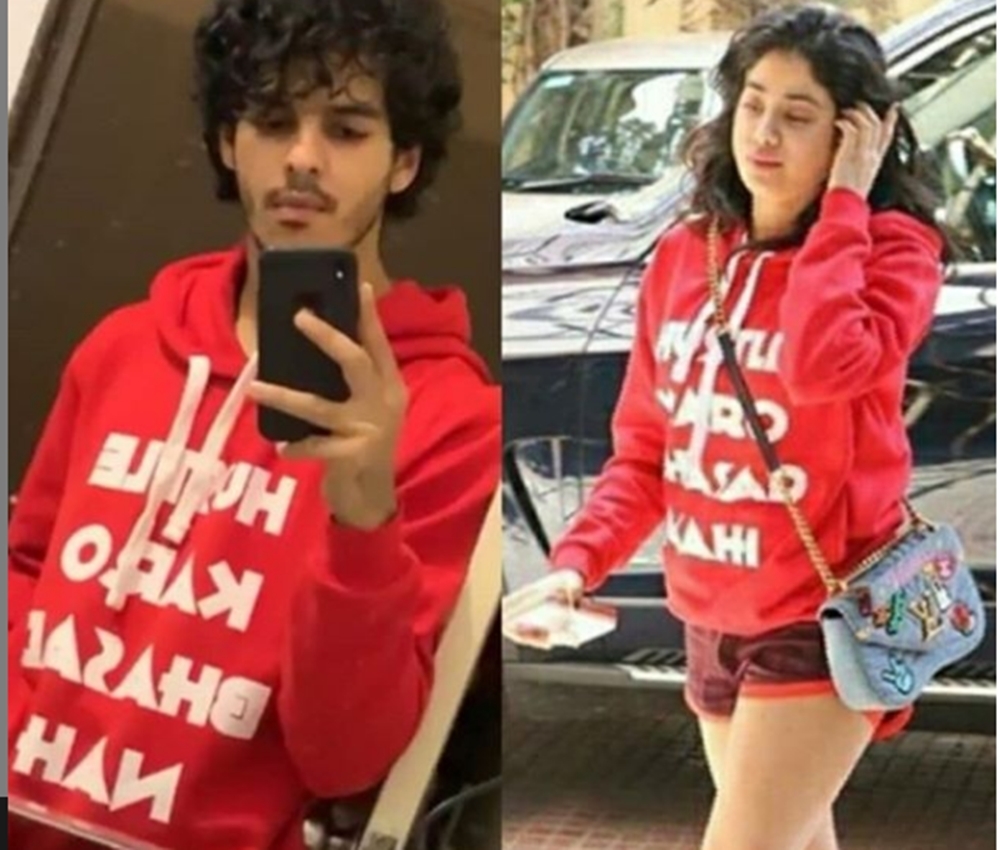 A picture of rumoured couple Janhvi Kapoor and Ishaan Khatter is going viral where we can see them sporting a same red hoodie on different occasions. The hoodie in question is a red one which has text written “Hustle Karo, Bhassad Nahi.” over it. Apparently Janhvi’s fan page has posted a picture where Janhvi and Ishaan can be seen wearing the same hoodie. Check out the picture below

Janhvi and Ishaan made their Bollywood debut with the film Dhadak. Rumours of the duo dating each other started floating around since Koffee with Karan season 6 and it later continued due to their cute social media antics.

While both Janhvi and Ishaan have denied dating each other and have maintained that they are just friends, the above piece will definitely add more fuel to the news of their alleged relationship.