Covid-19 has done what illness, shortage of funds, and all kinds of misfortune could not do in all these years…

Normally, every year, with the end of the mucky monsoon, the last week of October would have me pulling out my sarees and agonising over which one to wear for the opening of the Prithvi theatre festival, on November 5. Held in memory of the doyen of Hindustani theatre, Prithviraj Kapoor, the festival was something theatre addicts looked forward to.

Alas! This year spoilsport COVID-19 has put paid to all that excitement. And, Prithvi Theatre stands silent, forlorn, doors shut. In previous years, at this time it would have been all lit up and buzzing with theatre aficionados from all walks of life. Celebrities and commoners, alike, would stand in queue to enter the 200-seater auditorium for an evening of unalloyed pleasure.

Whether it was the inimitable, suave Naseeruddin Shah being directed by his wife Ratna in a delightful version of the Florian Zeller-written play, The Truth, or an earthy, endearing Gurdas Maan dancing nimbly, singing his popular numbers and doffing his dafli to Rishi Kapoor sitting unobtrusively in the audience, you could be sure any event at the festival would be something to remember for a long time.

Started in 1983 by Jennifer and Shashi Kapoor to celebrate five very fruitful years of theatre staged at Prithvi, the festival, ever since, took place for nearly four decades, without a break. Jennifer lost her battle to cancer in 1984, but her husband and children ensured the festival was held, within two months of her passing away. In the years that followed, Shashi was always there, even when his health deteriorated, extending his warmth to guests, politely asking those who greeted him, “Did you enjoy the play?”. Till death took him away as well.

Illness, death, shortage of funds, nothing came in the way of the festival, with Kunal and his sister Sanjna taking turns at managing Prithvi Theatre and holding the festival.

“The show must go on,” believed Kunal. Of course, that was easier said than done, as the most unforeseen of hurdles would pop up. What do you do when you find that of the two Sufi-singing Nooran sisters from Punjab only one has turned up? I remember seeing a very harried Kunal emerging from the green room and realised later why he looked so tense.

Another time, it was a little more difficult thinking on his feet, but Kunal just had to. “Naseeruddin Shah’s back went into an excruciating spasm half an hour before his play, A Walk In The Woods!” narrates Kunal. “I had to refund the tickets of a houseful show. To compensate, we had a poetry and song session for the audience, free of cost.”

Though this grandson of Prithviraj Kapoor has risen to many such occasions with typical aplomb, the current situation is totally beyond even his control. “I am feeling frustrated, annoyed, sad, helpless, f…..!!!!!!” he says, without mincing his words, when I sympathise with him on November 3, about being stumped by COVID-19. “We usually opened the annual theatre festival today, on my grandfather’s birthday, or on November 5, the theatre’s birthday, but this year, for the first time, there is no festival and the theatre stands shut. I want to howl in despair!”

So do we, as November isn’t quite November without Prithvi Festival and the biryani and malpua of the opening night. And, whoever thought that we would miss the stress of navigating through Mumbai’s peak hour traffic to reach the theatre before the third bell rang. Late-comers wouldn’t be let in, even if you were Kunal Kapoor! 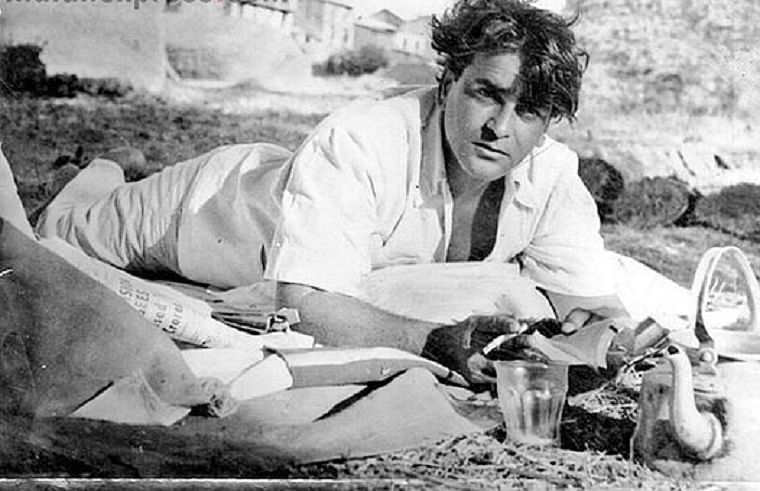