CinemaScope: What makes Gharaonda relevant even in 2020

Gharaonda (The Nest), a comparatively low-profile film released in 1977, remains one of those sensitive yet bold classics made in Hindi cinema revolving around the issues of urbanization and housing problems faced by both the bachelors and the newly-married couples

Classic creations of the past remain enjoyable for various reasons led by the element of pride and nostalgia. But a very few rare classics remain relevant as per their subject even after decades when the world has moved onto a completely different era.

Gharaonda (The Nest), a comparatively low-profile film released in 1977, remains one of those sensitive yet bold classics made in Hindi cinema revolving around the issues of urbanization and housing problems faced by both the bachelors and the newly-married couples.

Directed by the master-creator Bhimsain as his first film, Gharaonda has music by the maestro Jaidev and lyrics by Gulzar and Naqsh Lyallpuri. Subtly enacted by Amol Palekar, Zarina Wahab and Dr. Shreeram Lagoo as the three ends of an unusual love triangle, it focuses on a couple’s ambition to have their own house in the city and how their priorities change when the girl decides to marry her aged but wealthy boss to help her own family. A bold take on the issue beautifully shot on the actual locations, it presents the complexities of life in a city like Mumbai, where many eventually die with the dream of having a home of their own.

Ironically people still die with the same ambition in the lower and middle class section of our society and young couples still struggle for decades paying the big EMIs in order to have their own ‘sweet home’. In fact, Gharaonda has turned out to be a significant film in the history of Hindi Cinema as it remains strongly relevant even after nearly half a century of its release.

The film has sequences that seem to be straight from life in the new millennium. For instance, young girls facing flirty colleagues in offices, a group of bachelors living in a single room fighting their own fates, sky-high rents, unaffordable flats or properties, unauthorized brokers cheating the youngsters, shocking builder scams shattering dreams of the innocent and then the helpless committing suicide after losing all their savings in such fraudulent housing schemes.

Based on the story by Dr. Shanker Shesh and screenplay-dialogues by Gulzar (along with Bhushan Banmali), Gharaonda is all about a dream getting lost in the cruel world of high-rise buildings. And the same is thoughtfully expressed in one of its songs too as Koi Khwaab Oonche Makaano Se Jhaankey, Koi Khwaab Baitha Rahey Sar Jhukaye. It had a brave social theme but at the same time also duly respected the dignity of institution of marriage in the climax, as always seen in the sensitive cinema of those times.

Having said that, Gharaonda still connects with the viewers, making an emotional impact, majorly because of its exceptionally outstanding compositions and lyrics. The soundtrack is not only musically rich but unique too with some exclusive features that must be explored by the young music lovers of the new digital era.

Firstly, here we have just three songs and two voices of Bhupinder and Runa Laila soulfully rendering the musical gems that eventually became the stepping stones in their individual careers. Secondly, where we have an unusual word Aab-O-Dana (meaning water and grain) incorporated so smoothly in one of its tracks, we also have an enjoyable word-play in the other with the word Aasmani.

But most importantly, here we have two representative songs of the film as Do Deewane Shehar Mein and Ek Akela Iss Shehar Mein, as the happy and sad versions of similar lyrics penned by Gulzar in the same meter. However, here the beauty is that despite being the opposite versions of the same lyrics, maestro Jaidev has composed them in two entirely different compositions as two individual songs, breaking the set norm of our Hindi film music.

Coming back to the subject being relevant in the present times, the fact gets proved by a recent release by Netflix as Love Per Square Foot (2018) featuring Vicky Kaushal and Angira Dhar, which can easily be tagged as the new-age version of the classic Gharaonda set in 2020. 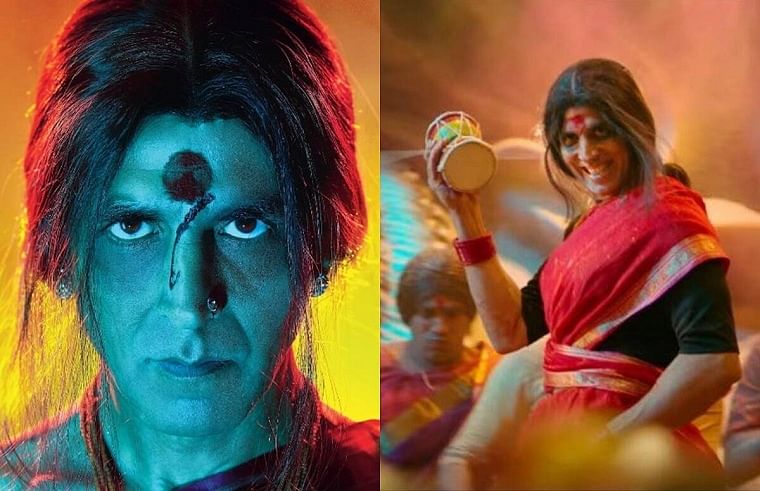 Did makers of Black Panther 2 edit Tenoch Huerta aka Namor’s p***s in the film?