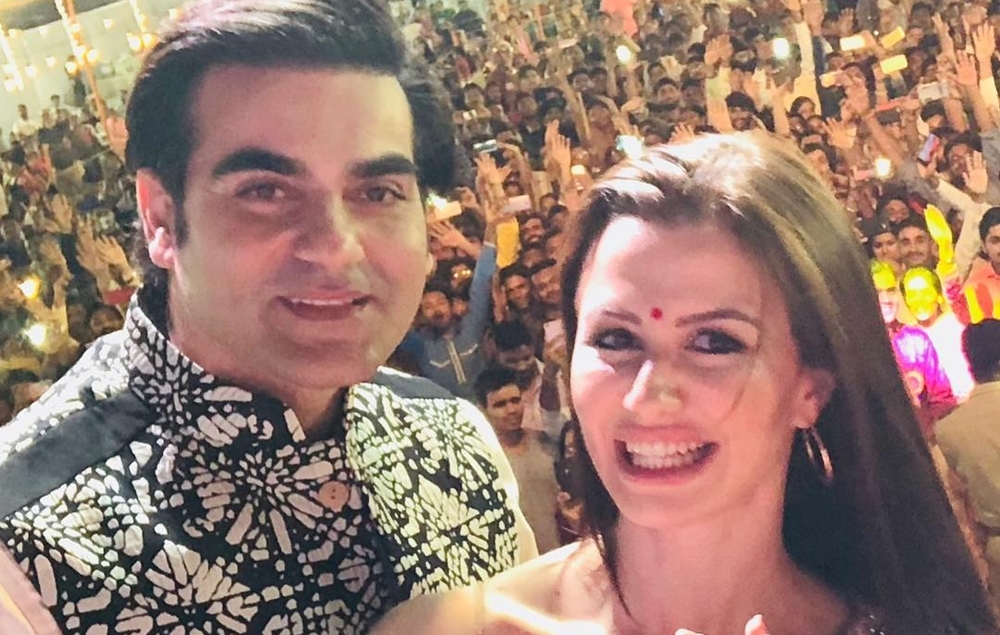 Since Arbaaz Khan and Malaika Arora parted ways in 2017, the former has been spotted with a couple of women but he finally confessed to dating Giorgia Andriani last year during an interview.

Arbaaz recently began hosting a digital show called ‘Pinch’. The show is about social media and dealing with trolls had Kareena Kapoor Khan as the first guest. Towards the end of the show Kareena read a mean tweet, addressed to Arbaaz. The troll in the tweet stated that after his divorce with Malaika, Arbaaz has become a “Khula Saand”.

When Kareena jokingly asked Arbaaz if it’s true, Arbaaz said, “You know!”. To which Kareena replied, “I don’t know”.

Explaining the situation and why the tweet didn’t upset him Arbaaz said, “After 21 years old relationship get over it’s not the same. There is some truth in what the troll is saying. There was a time when we were making efforts of reconciliation or whatever. We both tried. Didn’t happen. But after a bit of time, I had to move on in life too,”

Arbaaz reverted back owing it “No, I was to some extent. Now I am pretty…There is some truth in it and not all (laughs).”

Arbaaz and Malaika who had been married since 1998 have a 16 year old son Arhaan Khan. On work front, he will be producing the upcoming installment of the ‘Dabangg’ series. He last directed Dabangg 2 and starred in Tera Intezaar alongside Sunny Leone.