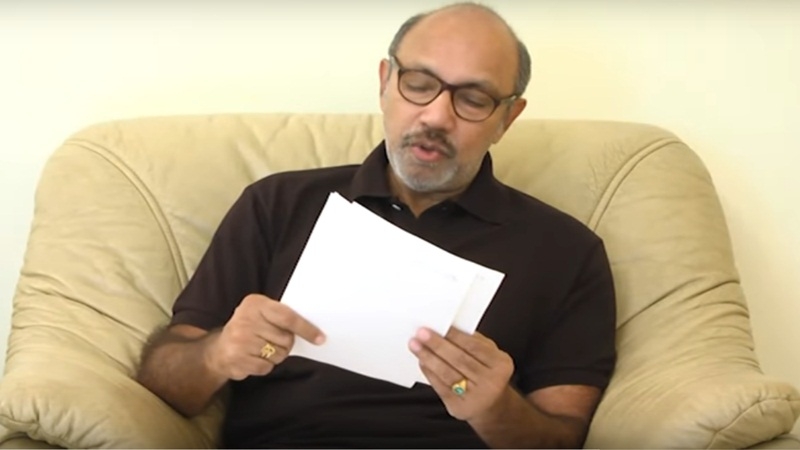 After SS Rajamouli’s emotional video requesting his Kannada friends to not stall the release of the film – ‘Baahubali 2: The Conclusion’, actor Sathyaraj who is essaying the role of Katappa, has apologised to the Kannadigas for his comments which he made nine years ago on Cauvery water issue.

“I have got to know that what I had spoken during the Cauvery water crisis has created a lot of tension among the people of Karnataka. I am not against Kannadigas or Karnataka. The biggest example for this is that for the last 35 years my assistant has been Shekar who is a Kannadiga. I would like to apologise for the statement that I had made nine years back and would like to say that I am a small worker in Baahubali film and my comment should not affect the film.

“I appeal to Tamils to understand. But I want to make it clear that in future, be it the problems of Tamil Eelams or Cauvery water issue or farmers problems or any justifiable problems of Tamil people, I will continue to speak for them. This is my stance. Producers who feel that they might get into a problem if they cast me; I request them to not feature this small actor and incur a loss because I prefer being called a rationalist Tamil and die rather than being called an actor. That’s what gives me pleasure and pride,” Sathyaraj said.

Also Read : Sathyaraj aka Katappa is causing trouble for ‘Baahubali’ again. Here’s how

Actor Sathyaraj had allegedly made a controversial speech which had anti-Kannada statements during the Cauvery row some time back which did not go well with many. The protesters including Kannada Rakshana Vedike had declared on Wednesday that they’d stall the ‘Baahubali’ press meet that was scheduled for Thursday. It has also been reported that they will also hold a rally against the film’s much-awaited release.
Directed by SS Rajamouli, ‘Baahubali 2’ takes the story forward from where ‘Baahubali: The Beginning’ ended. Prabhas, Rana Daggubati, Anushka Shetty, Tamannaah, Sathyaraj and Ramya Krishnan star in pivotal roles in the second instalment of ‘Baahubali’ too. The film is slated to release on April 28.