Can’t sing to save my life, but for fun: Salman Khan 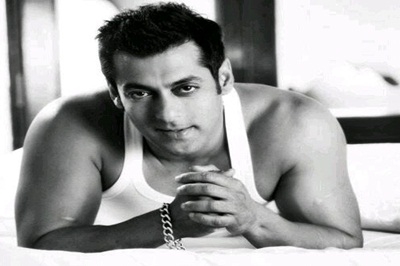 “I’m singing for fun and I can’t sing to save my life. If you ask me to sing the song right now, I will not be able to do that. It doesn’t sound the same, but when I’m in studio, when they (the composers) sing every line in front of me, I can mimic that and I can sing it,” Salman said here on Saturday.  “But in that case also if you ask me to go back to the line after 10 minutes, I will not be able to sing it. I need somebody to sing that line for me then I can sing it — that is the way I sing,” he added.

The 49-year-old, who was here to promote his production venture “Hero” along with its lead pair Sooraj Pancholi and Athiya Shetty, showcased his witty side during a press meet. The “Kick” star left everyone guessing when he said that “I concentrate on that thing… and get in the feel of the romantic song automatically”. “I concentrate on ‘sur’… they may go off sync, but technicians manage and take care of it. But the feeling is important and then the song is pretty okay,” said the actor, who looked casual in a jeans and black t-shirt. Salman also noted that it was the urge to relate with the song, character and film that made him turn into a singer. “Audience get to know that the song is done by some other singer in a film. I thought I might as well have my own song and so there is some association with that,” he said.