HomeEntertainmentBinge Watch: From Jayasurya's Sunny to CSI Vegas... the OTT is replete with interesting content

From gory crimes, love affairs to freedom struggle... this time around the OTT has something new to offer from every genre

Title: Attack of the Hollywood Clichés!

Clichés are so much fun more so when showcased as a standalone show by itself. Attack of the Hollywood Clichés! is a one-off special featuring some of the most famous films in celluloid history. Seen through the eyes of a plethora of Hollywood A-Listers, screenwriters, academics and critics, it is a slick presentation of Hollywood’s many clichés. Chuckle-worthy anecdotes, interesting facts, layered nuances pop up as people in the know guide us through the funny, weird and controversial clichés, which appear on our screens.

It is murder most foul though there is an underlying symbolism of chestnuts in it. A young woman is brutally murdered in a Copenhagen playground. Next to her lies a small doll made of chestnuts. Adapted from an acclaimed novel, this grisly web show is an action-packed suspense thriller.

A suspense-ridden drama starring Jayasurya, Sunny revolves around a young musician, who is unable to cope with complicated challenges that life throws at him and ends up shutting himself up. He is so bereft that in his despair, he is ready to commit suicide. Until he befriends a stranger on the dark waves of the net, which changes his perspective over the course of a week. This poignant psychological drama keeps you hooked till the end.

This is a period drama that picks a leaf from the Indian freedom struggle. It talks about the hardships Hyderabadis faced when they were caught between the devil and the deep sea — between the rule of the British and the Nizams. It brings to life tales of valour, struggle and bravery of several unheard heroes through fictionalised stories. Interesting indeed!

CSI is one of the most-watched series. This time, it is a limited series that revives the age-old classic procedural crime drama. Starring William Petersen and Jorja Fox reprising their roles, the series takes on grittier cases that made the original series so famous. This time around, a team of investigators document some of the most gruesome murders, working around the clock to painstakingly collect facts and details that led to the crime. Piecing each puzzle together, they solve many cold cases that had gone unnoticed before.

He breaks her heart and then returns. Is it the return of true love for Maca? Or will things get more complicated? Well, fashion assistant Maca has just about got her life together after a devastating break-up, when Leo, the man who broke her heart, returns. Seeking support from best friends, Adriana and Jime, Maca tries to face reality only to learn that love can be complicated. 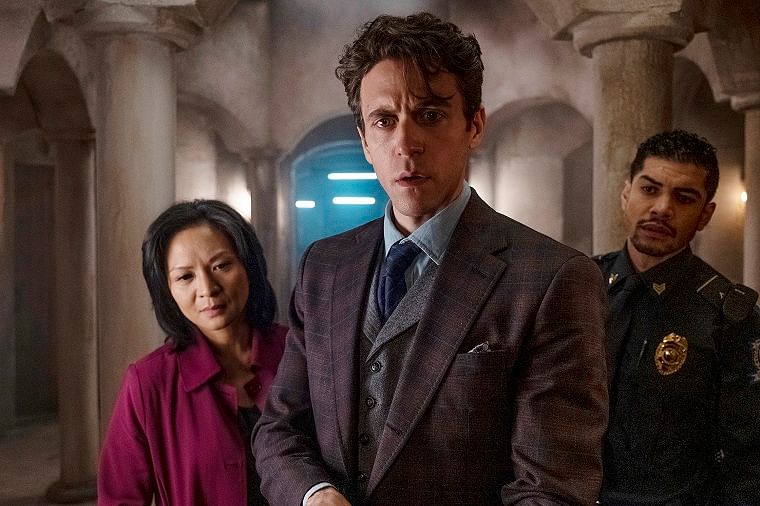