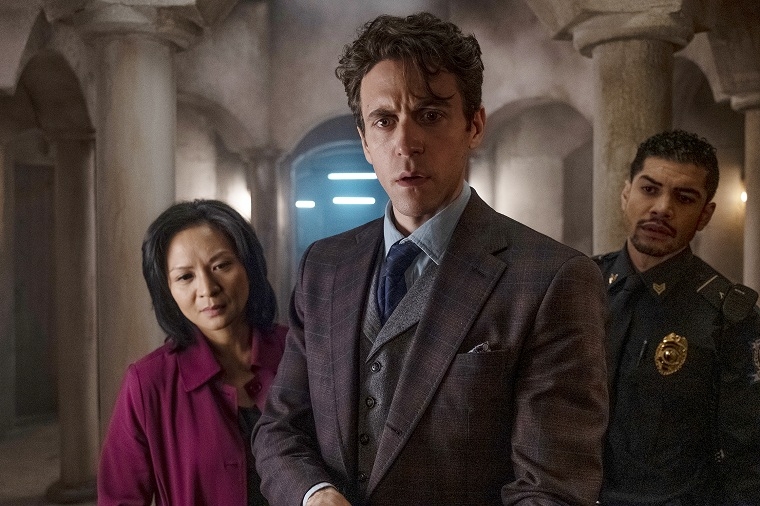 This series has been extremely popular… and the third season adds more zing to the original tale. The plot starts with a new year, and Otis is still bingeing on casual sex and fun. However, Eric and Adam are official after they cement their romance to take it to a new level. Jean now has a baby on the way. Meanwhile, new head-teacher, Hope, tries to return to Moordale to showcase her abilities.

This is the web series version of Dan Brown’s bestselling book, The Lost Symbol, featuring the popular Robert Langdon. The first episode is indeed true to the book’s narrative and keeps you engrossed, and contains just the right amount of action. Voot will be releasing one episode of the 10-part series weekly.

Title: The Father Who Moves Mountains

A retired intelligence officer is whiling away his time in isolation after he gives up a challenging career in the frontline. But then his son goes missing during a snowy hike in the mountains. The turbulent weather, bitter cold and layers of snow on a hard mountain terrain have dissuaded all from venturing out to look for the boy. But this father will stop at nothing — and risk everything — to find him.

Title: He-Man and the Masters of the Universe

Adam and his heroic squad of misfits discover the legendary power of Grayskull. They work towards earning the power and eventually find the path to their destiny to defend Eternia from the sinister Skeletor. This will definitely appeal to the teenagers interested in heroic escapades.

The plot revolves around how a young man and his siblings conceal their mother’s death so that they can remain together. However, there is a horrific presence that looms around much closer home than they realise. This film whisks the viewer through so many sinister plot twists that keep bifurcating into puzzling byzantine mazes that are tough to handle until the very end.