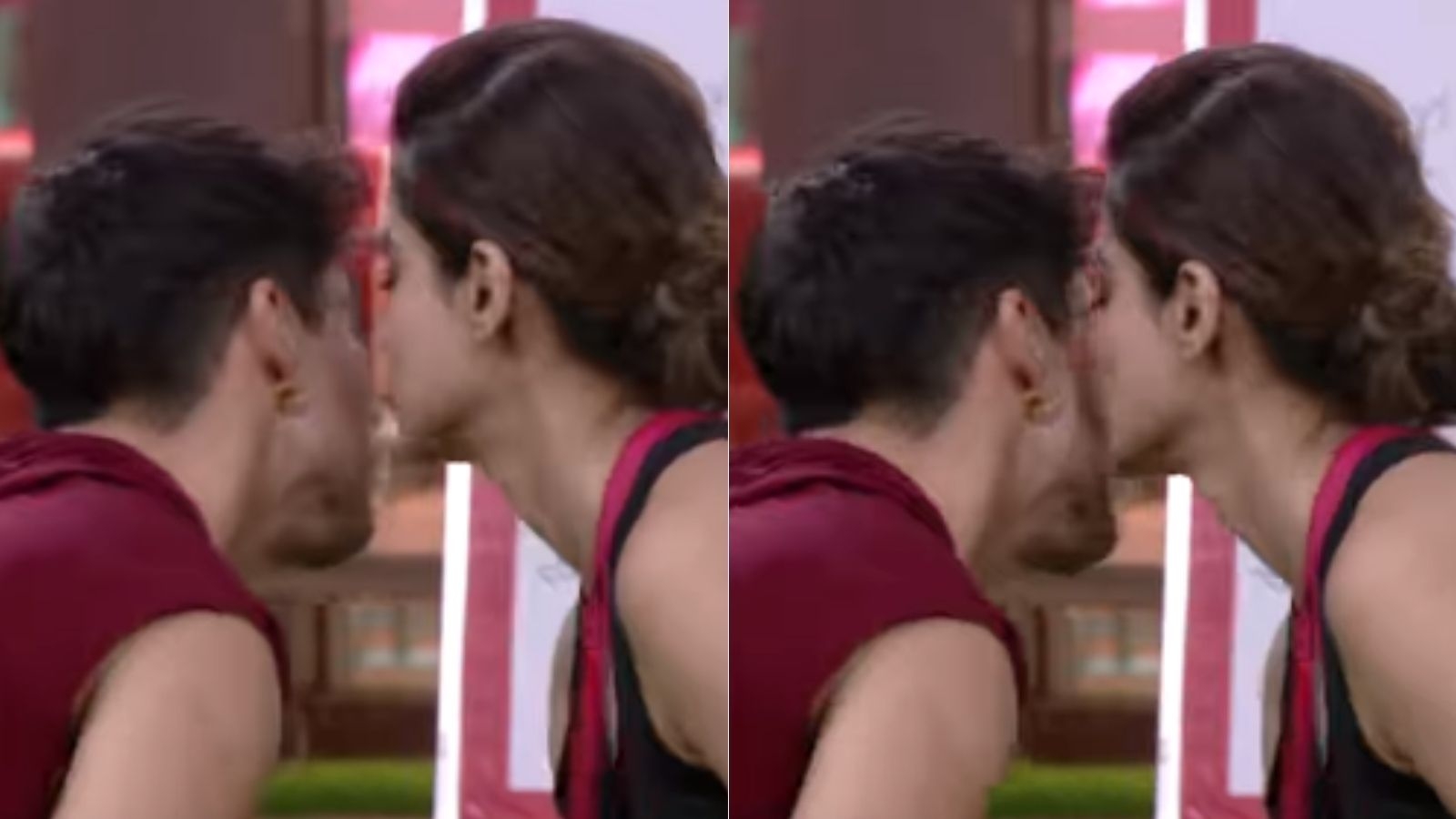 Raqesh Bapat and Shamita Shetty have time and again been in news for their mushy moments on 'Bigg Boss OTT'. However, the most-talked about couple on the show recently landed in a war of words.

It seems that the romance between Shamita and Raqesh inside the house has hit a rocky path. In one of the recent episodes, Shamita also revealed to Neha Bhasin that Raqesh is not the man for her. She even called him 'egoistic'.

Amid fight with Raqesh, Shamita was seen flirting with fellow contestant Pratik Sehajpal.

For those unversed, Shamita and Pratik started off on the wrong foot and were the first two to argue over household duties. However, now, it seems like their is improving. Pratik had also engaged in a war of wordswith Shamita's former connection Raqesh.

Saturday's episode showed Pratik and Shamita casually flirting with each other. During the dog and the bone task, Shamita sweetly gave Pratik a peck on his cheek, leaving the housemates shocked.

Shamita and Raqesh have been a connection since 'Bigg Boss OTT' began. Through the weeks, they hinted that they were attracted to each other. A few days back, Shamita however confessed that she doesn't like that he's indecisive.

Last week, Bigg Boss decided to dissolve the connections and announced that all connections are free now to play their individual game, as per their thoughts and strategy.