The project is touted to be a romantic comedy based on the story of a young married couple.

Bhuvan Bam has always been ahead of the curve and has always been known for trying out new stuff. Whether having been a content creator way before was considered a profession and is now making a big foray into the acting world.

Bhuvan has started working on his third project as a lead actor for one of the leading OTT platforms. The project is touted to be a romantic comedy based on the story of a young married couple. The project is not only going to see him as the lead but is also being produced by his production house, BB Ki Vines production No 3 which is helmed by Rohit Raj.

Bhuvan says, “It is a story about a young couple and the banter they share. It is light-hearted, which can be watched by the whole family. The characters are funny and quite relatable. Anyone watching it will always know that one person will be exactly like that person. The project also gave an opportunity to work with such veteran actors like Atul sir and Rakesh sir. These are the people I grew up watching on screen and now sharing screen space is like a dream come true. Just being around them is also a huge learning experience for me, not just as an actor but also as a person.”

The other actors in the show are Srishti Rindani Ganguly, Kamini Khanna, and veteran actors like Atul Srivastav and Rakesh Bedi. Apart from this, next is his OTT debut with ‘Taaza Khabar’, which is a show for Disney+ Hotstar with Shriya Pilgaonkar. His maiden acting debut was ‘Dhindora’ for YouTube which has broken several records including becoming the only Indian series to cross almost half a billion views.

Read Also
Bhuvan Bam, Prajakta Koli and more, THESE are the Top Five content creators who are making waves in... 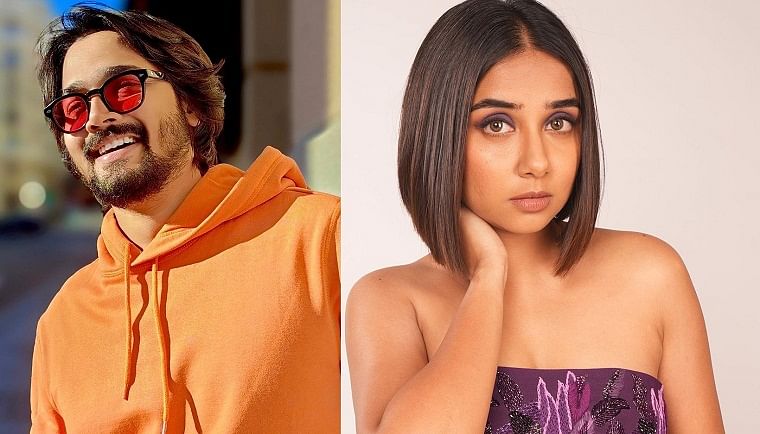