Bhagyashree to star alongside Kangana Ranaut in Jayalalithaa biopic ‘Thalaivi’

Bhagyashree said, “I play a key role in the film and my character brings about a turning point in 'Thalaivi's life."

Bhagyashree to star alongside Kangana Ranaut in Jayalalithaa biopic ‘Thalaivi’ |

Kangana Ranaut's next film, Thalaivi, is a biopic on former Tamil Nadu Chief Minister, late J Jayalalithaa. The film is being directed by AL Vijay and the makers of the film had earlier revealed Kangana's look at Thalaivi and Arvind Swami's look as MGR.

It has now been revealed that the film also stars Maine Pyar Kiya actress Bhagyashree in a pivotal role. Speaking on her role, Bhagyashree said, “I play a key role in the film and my character brings about a turning point in 'Thalaivi's life. Kangana and I have a lot of scenes together, and the entire team loved our on-screen chemistry. It was fun working with her because she is a fantastic artiste, who puts a lot into her performances. It was great to get back to the set after a very long time.”

When asked about working with Kangana, she said, “I had first met Kangana in 2006, when she had just started her career. Even on the set of 'Thalaivi', she is extremely respectful, and greets me as soon as she reaches the set.” 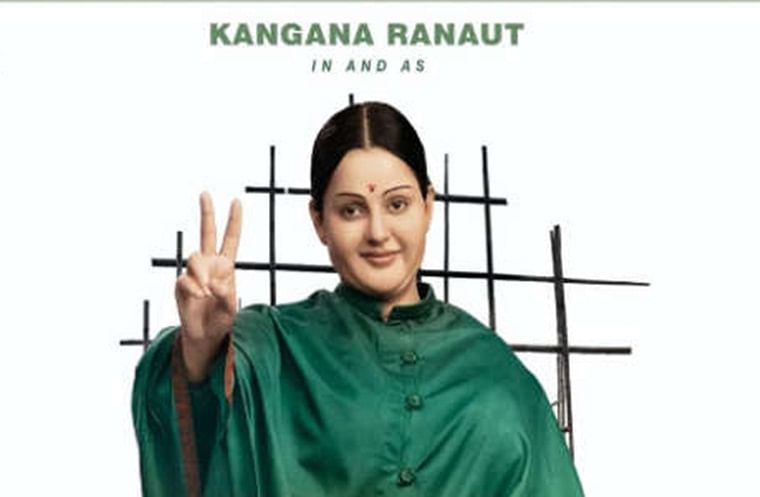 Thalaivi has been produced by Vishnu Vardhan Iduri and Shaailesh R Singh and directed by Vijay, Thalaivi is scheduled to release in Hindi, Tamil and Telugu.

Earlier it was reported that Bhagyashree will also share screen space with "Baahubali" actor Prabhas. The 51-year-old told Pinkvilla, "I have been reading scripts and have in fact started working as well. Well, one of the films is with Prabhas. The film's name hasn't been announced. Just before lockdown, I had started shooting for it. It is a very interesting character where I had to learn a different skill set for it."

Bhagyashree shot to fame with her 1989 debut film "Maine Pyar Kiya" opposite Salman Khan. Then, even as she was being touted as Bollywood's next big thing, she announced her marriage to Himalaya, who was an aspiring actor then, and subsequently became a businessman. The early marriage took a toll on her fledgling career and she never quite managed to make a comeback. HomeEntertainmentBhagyashree to star alongside Kangana Ranaut in Jayalalithaa biopic ‘Thalaivi’