‘Ayushmann Khurrana in and as Dream Girl’ in this Nushrat Bharucha starrer; Watch Video 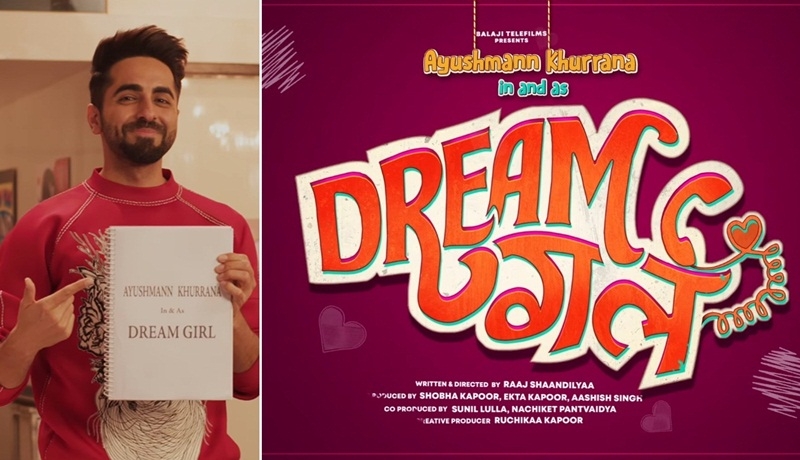 Ayushmann Khurrana is all set to team up with Sonu Ke Titu Ki Sweety actress Nushrat Bharucha for the first time. The Ekta Kapoor film, apparently titled Dreamgirl, will feature the actor in a never-before-seen avatar. It is being said that the shoot of the quirky drama will kick off in Mathura next week itself.

If reports are to be believed, Ayushmann Khurrana will be introduced in and as Dreamgirl in the film, asserted the actor himself. The film is the directorial debut of writer Raaj Shaandilyaa. The Vicky Donor actor went on to add that this subject will have a wider reach. It is a known fact that after a series of hits like Shubh Mangal Saavdhaan last year and then with Andhadhun and Badhaai Ho this year, he believes that the new subject too will resonate with the audiences and is also expected to have a wider reach compared to his previous releases.

Although he refused to divulge further details on the film, we hear that his character in Dreamgirl will be unique. He revealed that he would be experimenting with his voice and it will lead to hilarious situations but he didn’t further explain on these circumstances. He maintained that this is the funniest script he has ever heard. He also believes that the success of his last two films has now inspired him to do better in the forthcoming ventures.

Besides that, he also mentioned that Nushrat too is playing an interesting character but refrained from giving out any more details.

On the other hand, Ayushmann Khurrana is currently spending time with his wife who has been detected with zero stage cancer and is undergoing chemotherapy. The actor has always heaped praises on Tahira Kashyap for being a strong and supportive woman and is currently giving her immense support to help her overcome this stage.