The trailer launch of the Kartik Aaryan, Kiara Advani-starrer Bhool Bhulaiyaa 2 took place on April 26. It is not a sequel to the 2007 film, which had Akshay Kumar and Vidya Balan in pivotal roles. Directed by Anees Bazmee, the film will release on May 20. The Free Press Journal caught up with the upcoming film’s team during the event. 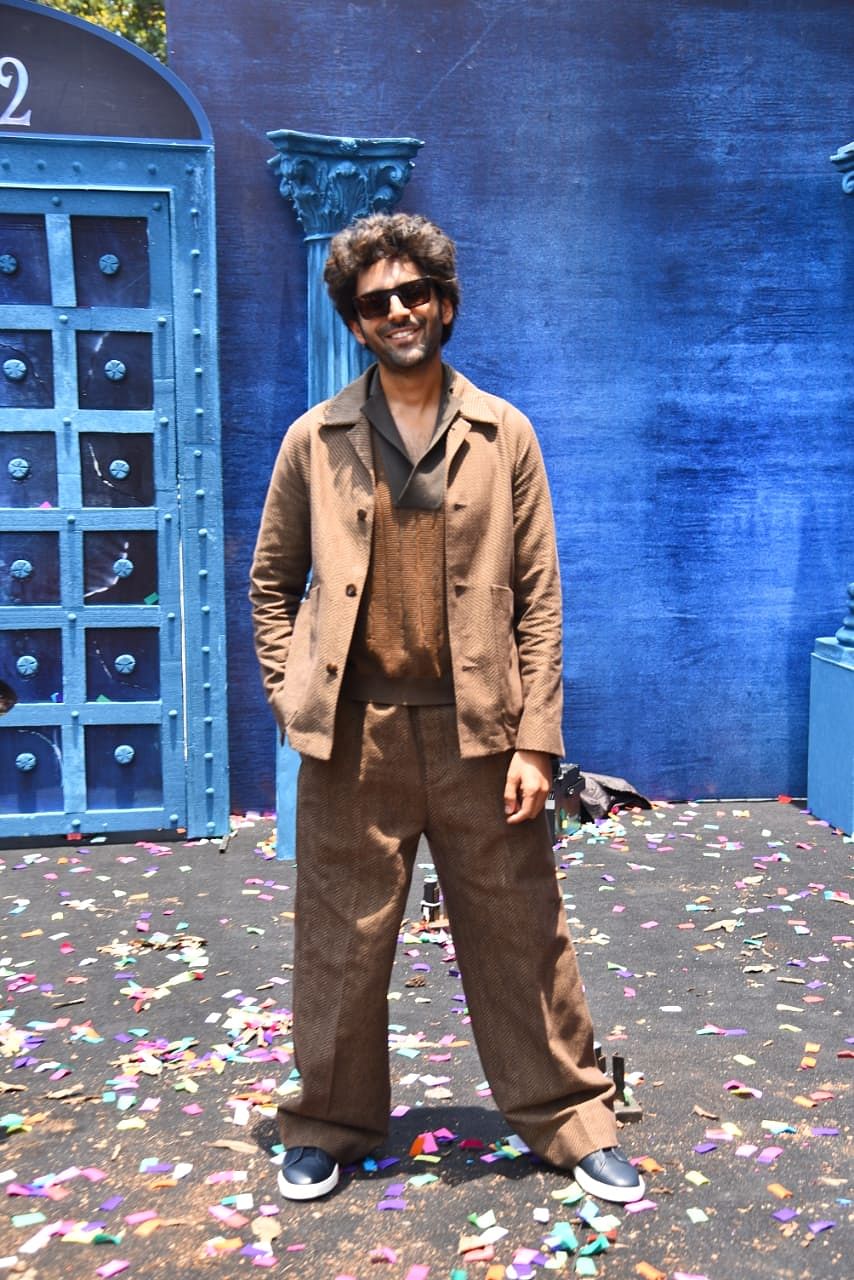 Kartik, who is headlining the film, is seen dancing to some catchy dance steps in the trailer. When asked if his dance steps will get popular like Love Aaj Kal, he gushes, “Bosco sir has choreographed, and it’s a collaborative effort. I am so overwhelmed to see the response.” Bhool Bhulaiyaa starred Akshay Kumar, and with Kartik taking the franchise ahead, pressures are bound to happen. “I didn’t want to make comparisons for myself since it’s too big to fill the shoe. I love him as an actor, we all have grown up watching his films. We have taken the world to bring nostalgia from the first part, but we have tried newer things. I am sure people will love the whole new dynamics in the film,” Kartik explains. While Priyadarshan helmed Bhool Bhulaiyaa, Anees is directing Bhool Bhulaiyaa 2, and he reveals that it has a solid storyline. “This film is very special since audiences gave so much love to the first part. When (producers) Bhushan Kumar and Murad Khetani came to me with the second instalment, I was very nervous as a writer-director, but it’s a fantastic script. The task for making such a film is we can’t make the exact film, and if we won’t make a film a bit closer to the original film, then audiences don’t like it. I hope people will like it,” he says. When we further probed him about getting Akshay and Vidya Balan for a cameo in the second part, Anees avers, “Akshay and Vidya are phenomenal actors, and I wish I could get them, but the script didn’t allow that. Except for Rajpal Yadav, we have got a new cast.” The film’s leading lady Kiara has been called ‘dreamgirl’ by her fans. “It’s a huge comment for me since I have grown up watching Hema Maliniji. She is the epitome of beauty and grace, but this name was given to me by my fans. I feel humbled and overwhelmed,” she shares.

Kiara is confident that the film will make a place of its own. “Bhool Bhulaiyaa was the first-ever horror comedy I saw back then, and it is perhaps the best film in the genre. We are not attempting anything Akshay sir or Vidya ma’am had done. We are doing our own new thing. It is a franchise and not a remake, so there’s no pressure at all,” she concludes.