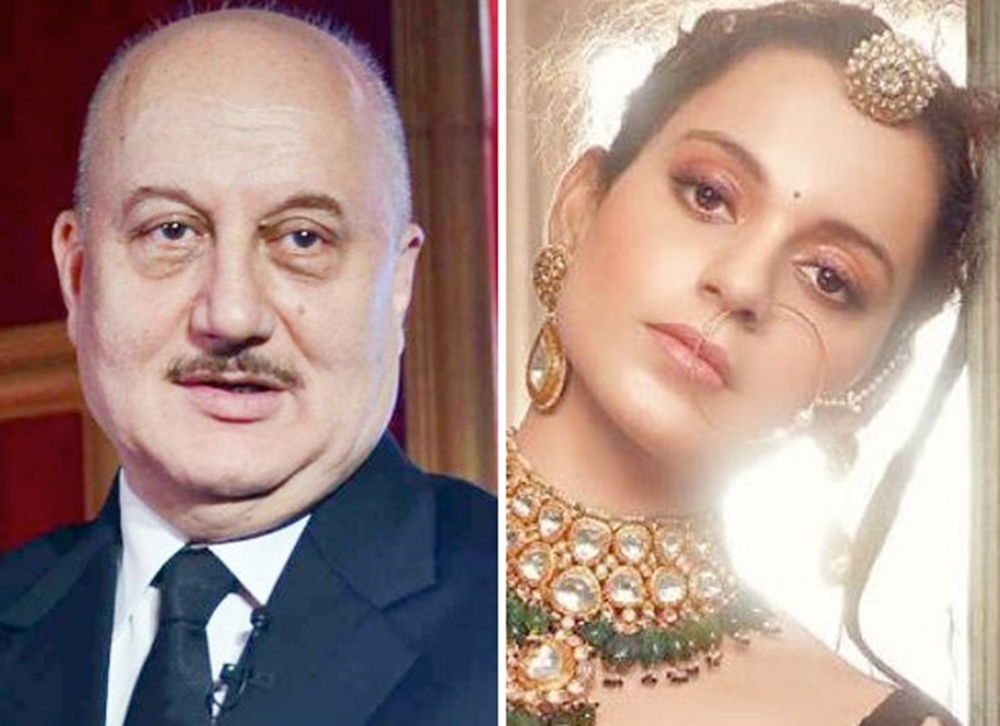 Kangana Ranaut recently lashed at Bollywood for “ganging up” against her. The Manikarnika actress was at one of the screenings of her latest release and she made it pretty obvious that she was furious with the whole of Bollywood. She claimed that they were ganging up against her because she called them out for sexism, pay disparity, and nepotism. The actress has also said that she will now be after them and went to the extent of saying “Inki Vaat Laga Dungi”.

Just yesterday, Anupam Kher held an #AskAnupam session on Twitter. When someone asked him about his views on Kangana’s rant, he was more than happy to support her and called her a real example of women empowerment. Check out Anupam’s tweet.

Kangana also singled out Alia Bhatt for not returning favours. Alia apparently sent her Raazi’s trailer and called Kangana for the trails but failed to do the same when she was approached for Manikarnika: The Queen Of Jhansi. Alia, however, is ready to apologize to her personally and said that her intentions were not to hurt her in anyway. Kangana retorted back by calling her Karan Johar’s puppet and spineless.

What’s your take on the Manikarnika situation? Whose side are you on in the Bollywood’s version of ‘Contest of Champoins’?