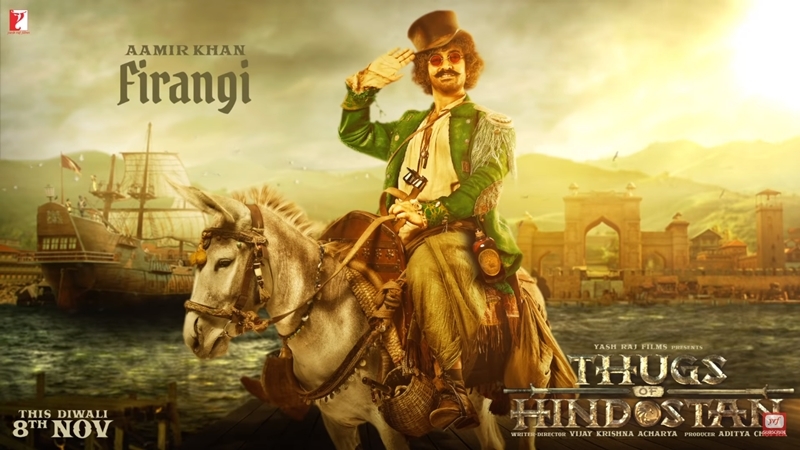 YRF’s upcoming period drama titled ‘Thugs of Hindostan’ is one of the highly anticipated action packed films of the year. Featuring Aamir Khan, Amitabh Bachchan, Katrina Kaif and Fatima Sana Shaikh, it is indeed an expensive project to be made in India. With its trailer launched already, fans have criticized the VFX of the film and that has been giving sleepless nights to Mr Perfectionist.

As per the report from Dainik Bhaskar, a source close to the actor said, “Aamir is someone who keeps a hawk’s eye on audience reaction towards his films. He is a little worried with viewers criticising the VFX used in the movie as can be seen in the trailer. He is now in talks with the team to see what best could be done to make sure the special effects in the final movie is up to the mark. He has conveyed the message subtly that VFX needs to be of superior quality.”

The 3 Idiots actor is suggesting the makers to bring some of the VFX changes in crucial scenes. “It will be difficult to change everything wholly but there will be a few corrections here and there to make it look as best as possible since Diwali is still a month away.”

To be honest, we can’t expect a major turnaround resembling the west, but maybe the improvisation can give it a boost of reality. The film is directed by Vijay Krishna Acharya, who previously helmed Dhoom 3. It is set to hit the screens on November 8 during the Diwali weekend.