The UP Police special task force (STF) has, so far, arrested four associates of Pathak.

He is accused of taking money for clearing the bills of a private company which conducted exams in Agra University.

The UP Police special task force (STF) has, so far, arrested four associates of Pathak. 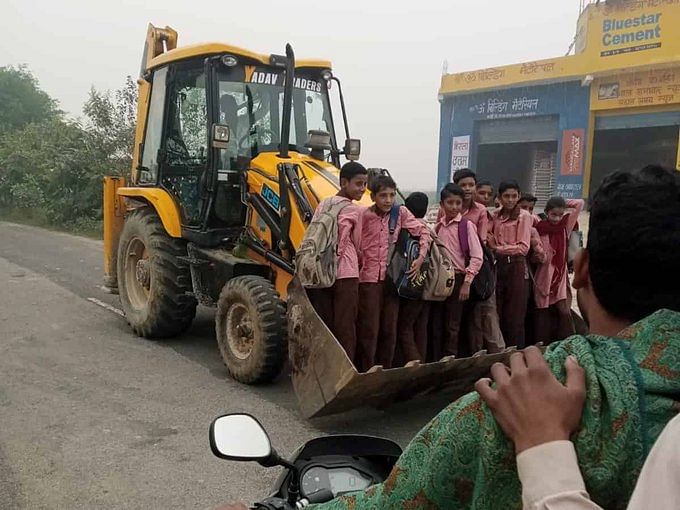 In October, an FIR was lodged by David Mario Danish -- owner of a company conducting exams in different universities of the state -- accusing Vinay Pathak of extorting Rs 1.4 crore for clearing bills of his company.

The case was later handed over to the STF.

The FIR under the charges of extortion, threatening under sections of the IPC and under the provisions of the Prevention of Corruption Act, was lodged against Pathak and his aide Ajay Mishra at Indira Nagar police station of Lucknow on October 29.

The STF started the probe and arrested three, including Ajay Mishra, Santosh Singh and Ajay Jain. Santosh Kumar Singh is a close aide of Ajay Mishra who was arrested earlier.

Multiple associates of Pathak involved in the crime

Mishra used to take contracts from various state universities for printing question papers for the exams allegedly with the help of Pathak and then sublet them to Singh.

Ajay Jain, from Gurgaon, dealt in money earned through corrupt practices and managed the transaction by producing fake and tampered bills and e-waybill. He was accused of fraud, tampering with government documents.

The STF officials said that irregularities had surfaced in universities of Agra, Kanpur and Bareilly.

During the investigation in Agra university, STF found many pieces of evidence tampered with.

Pathak had a prolific academic career

Prof Vinay Kumar Pathak, in a span of 13 years, has served as the vice-chancellor in eight state universities.

A year later, he was appointed as the vice-chancellor of Rajasthan Technical University, Kota. After this, Prof Pathak turned to Uttar Pradesh.

In 2015, he was appointed the vice-chancellor of Abdul Kalam Technical University.

In 2017, Pathak held simultaneously additional charges as the V-C in Harcourt Butler Technical University, Kanpur, while in 2021, he served as the V-C of Khwaja Moinuddin Chishti Language University and V-C of the Chhatrapati Shahu Ji Maharaj University of Kanpur where he is currently serving.