Bengaluru: The hijab row once again resurfaced in Karnataka Thursday as a majority of students in the coastal Dakshina Kannada district staged protests against wearing of the hijab in classrooms.

The students from Mangaluru's University College boycotted classes in protest against allowing Muslim girls to wear hijab in class in violation of the orders of the High Court and that of the government.

They demanded that the college management prohibit students from wearing hijab in classes.

While most colleges are implementing the hijab order issued by the state government, few colleges have refused to fall in line, especially in the communally sensitive Dakshina Kannada district.

Following the hijab crisis that started in January this year, the High Court had ruled that wearing of the hijab cannot be considered a religious right and that uniforms prescribed by schools should prevail.

Subsequently, the BJP government in the state issued guidelines for schools and pre-university colleges making uniform compulsory for students without giving any room for wearing of hijab in classrooms. 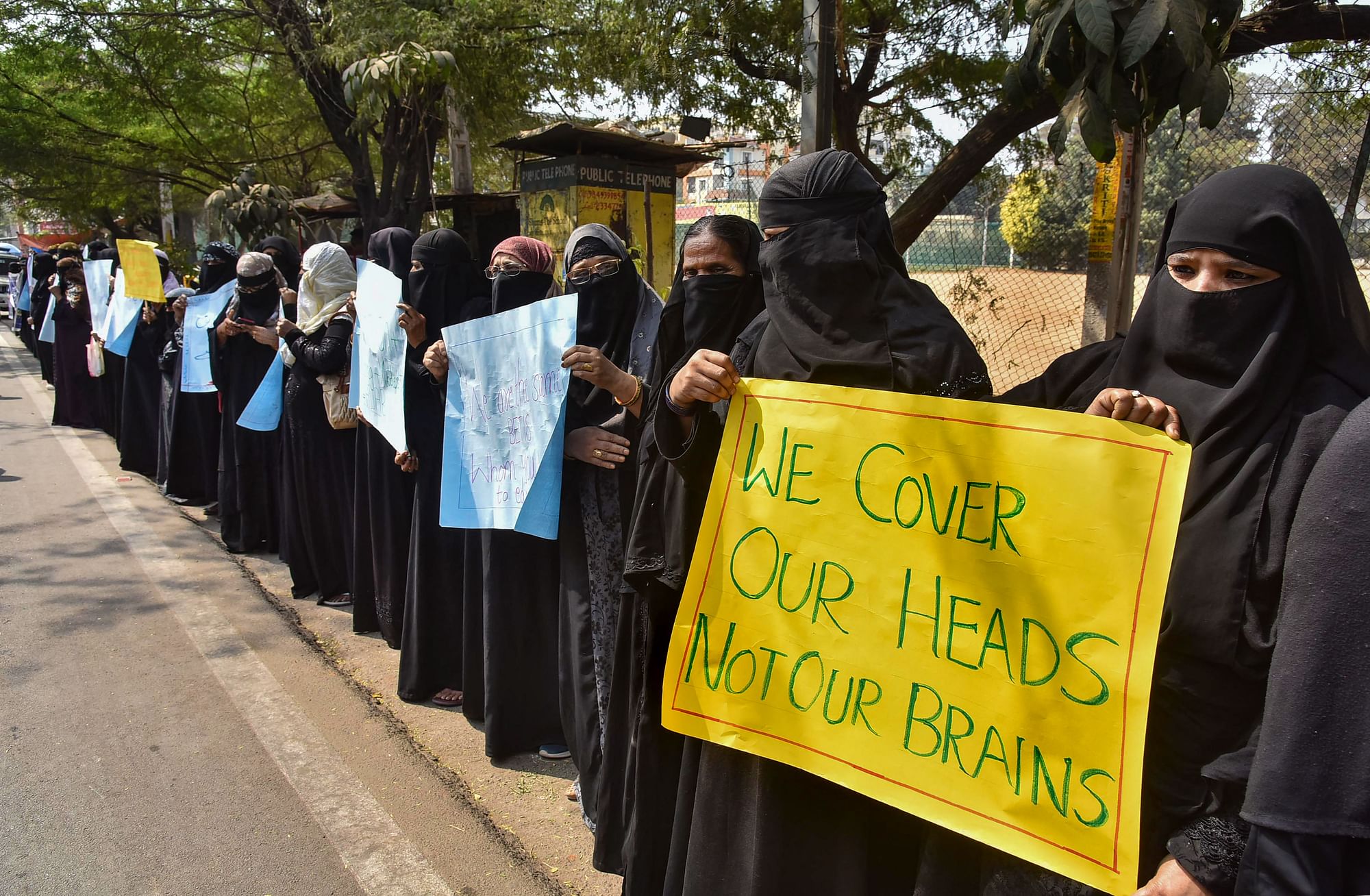