Parents, students who returned from Ukraine send pleas to government as uncertainty looms

The only question on the minds of the parents and students is 'What next?' as they are feeling cheated by the government.

New Delhi : Two months have passed since the Indian students studying in Ukraine returned home from the war-torn country, but they are still worried not only about their studies but also their future. The only question on the minds of the parents and students is 'What next?' as they are feeling cheated by the government.

Kamal, who returned home from Ivano city of Ukraine, is completing his first year studies in Varanasi. "The government is not listening to us; it has been more than two months. What will happen next? I am unable to understand anything. Medical education cannot be done online, while teachers are going through the formalities to collect fees. We have reached a point from where we cannot go back to study and we cannot study from here as well," he added.

Kamal also claimed that "Some students have even left their studies. They include three or four of my friends."

Ritika Nigam, a third-year returnee from the city of Ternopil in Ukraine said, "No specific instructions have come from the government regarding our studies, but a couple of states have provided practical and other education-related assistance in government colleges. We want to be accommodated in a government college. The Madhya Pradesh government is not helping as compared to the Karnataka and West Bengal governments."

"We have got assurances so far that something can happen by July, so we are just waiting. My exam is still going on but I do not understand what will happen next, how to complete my studies," she said.

The Parents Association of Ukraine MBBS Students had written a letter to the Uttar Pradesh government on the issue on June 10, in which it said that there are 2400 medical students in Uttar Pradesh alone while there are about 16,000 students across the country, most of them are now in depression.

Under Operation Ganga, the students and their parents who have returned home are demanding the government to make arrangements for studies in the state itself. They are also demanding that arrangements should be made for the medical students of UP in the nearest medical colleges only till the next orders of the Central Government.

Apart from this, the parents have also sought time to meet the Chief Minister on this issue.

Harsha Singhal, Coordinator of the Parents Association of Ukraine MBBS Students said, "Our applications for the education of the students have been sent to all the places from the PMO to the district level, we are making every effort from our side. From the government side, it was said that they will get the students admitted in Hungary. Studying in Hungary is very expensive. The second problem will be about the language and how will thousands of students study in places where only 10 children can be admitted?"

"It is only because they don't get admission in India that we have sent them abroad to study. We are not begging, we are suffering from war. If the government is not able to help, we will approach the Supreme Court," she stated.

The Association's national general secretary Pankaj Dheeraj said, "There are 596 medical colleges in India. No authentic statement has been given by the government regarding thousands of students. However, the students whose studies are almost complete, they are allowed to do internships by NMC. But the children from the first year to the fourth year are in depression."

"We are not willing to send them to Hungary, Poland and Germany. The government should make a policy in 596 colleges in which students can study semester-wise, parents are ready to give the same fees here which they used to pay in Ukraine," he added.

President of the Federation of Resident Doctors Association of India, Dr. Manish said, "It is a bit difficult for the government to make some decisions for these students. It will be difficult to accommodate so many students in any hospital or college, so the government seems to be taking some time."

However, according to some doctors, if the government makes any arrangements for them then the students who do not get a good rank in the medical examinations will start raising objections against it. National President of Indian Medical Association, Dr. Sahajanand Prasad Singh said, "The government has to take a decision on this issue, our association wants that the future of the students can be saved. Some doctors want that they are not adjusted here. But some believe that they should be helped. Right now everything is in the hands of the government, only the government can do anything. The Indian Medical Association stands with all those students whose future is in danger." 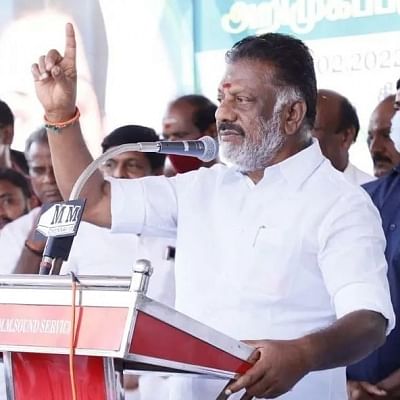