The student who was allegedly punished told media, "A teacher held my collar, pulled me out of the queue and told me to go to the Principal."

Guna (Madhya Pradesh): On Thursday, a few parents and organisations protested outside a school in Madhya Pradesh's Guna where a student was allegedly punished for chanting 'Bharat Mata Ki Jai,' according to Additional District Magistrate Virendra Singh Baghel.

While talking to the media, ADM said, "A few parents and some organisations are protesting outside the school after a student was reportedly punished over chanting 'Bharat Mata Ki Jai. DEO has taken statements. FIR will be registered on the basis of complaints that are being given." 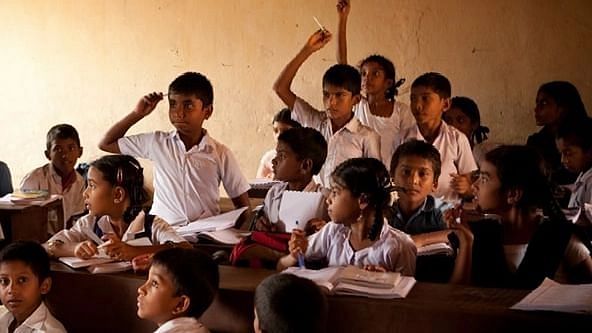 People gathered outside Guna's Christ Senior Secondary School earlier on Thursday. The protestors chanted bhajans just one day after a student was allegedly punished for shouting 'Bharat Mata ki Jai' after the national anthem during a school assembly.

The student who was allegedly punished told media, "I chanted 'Bharat Mata ki Jai' after the national anthem. A teacher held my collar, pulled me out of the queue and told me to go to the Principal. My class teacher told me to chant this at home and not in school. She made me sit on the floor for 4-5 periods."

While Principal Father Thomas said, "Students were going to house gatherings after the national anthem to select Captain and Vice Captain when one student chanted 'Bharat Mata ki Jai'. He chanted that as a joke, not patriotism. Disrespectful! We'll hold a disciplinary committee meeting to decide what to do next."