The Union Education Ministry will soon recognise the Veda-based education board, which would work like any other academic board. Experts of Sanskrit language and Maths will also be involved in the process.

Though there is no degree level course on Vedic education so far, the ministry is in favour of providing Vedic education and Veda-based knowledge to the students. In view of this, the government is mulling to link the Veda system with the modern education system and the process of establishing a dedicated education board has started.

Under the National Education Policy (NEP), a special Vedic education board will come into existence to maintain the relevance of the text of Vedas in modern society.

Union Education Minister Dharmendra Pradhan said that a special Vedic Education Board will come into existence to maintain the relevance of recitation of Vedas in modern society. The Education Ministry is of the view that the Vedas are the basis of Indian culture.

According to the ministry, in order to make the Vedas a subject of public practice with scholarship, the government has decided to establish five Veda Vidyapeeths led by Maharishi Sandipani Pratishthan at the 'Char Dhams' and Kamakhya Devi's place.

Ved Shankar Lal Chaturvedi, who has been associated with Veda Vidya, said that under the NEP, Veda education can play a crucial role in taking forward the Indian traditional knowledge. Veda education is not a subject of any religious system, but it contains the knowledge and science of living a better life.

At the same time, a few reputed institutes are providing Veda education to students. Maharishi Sandipani Rashtriya Vedavidya Pratishthan is imparting education to more than 6,000 students across the country to maintain the relevance of recitation of Vedas in modern society and to preserve and promote the Vedas.

Prime Minister Narendra Modi has also discussed Vedic Mathematics recently during the 'Mann Ki Baat' programme. It is worth mentioning that during the programme, the Prime Minister said, "For the people of India, who made the world aware of the most important laws of mathematics, mathematics should not be a problem but an easy subject. If we teach Vedic maths to our children, then their fear about maths will also end."

During the 'Mann Ki Baat' programme, the Prime Minister said, "With Vedic Maths, you can even solve big scientific problems. I would like all parents to teach Vedic Maths to their children."

Hemnagar Koti, a famous educationist of Sanskrit Vedic education, agreed with the statement of the Prime Minister. He said that by learning Vedic Maths, the confidence of the students will increase as well as the analytical power of their brain will also improve. 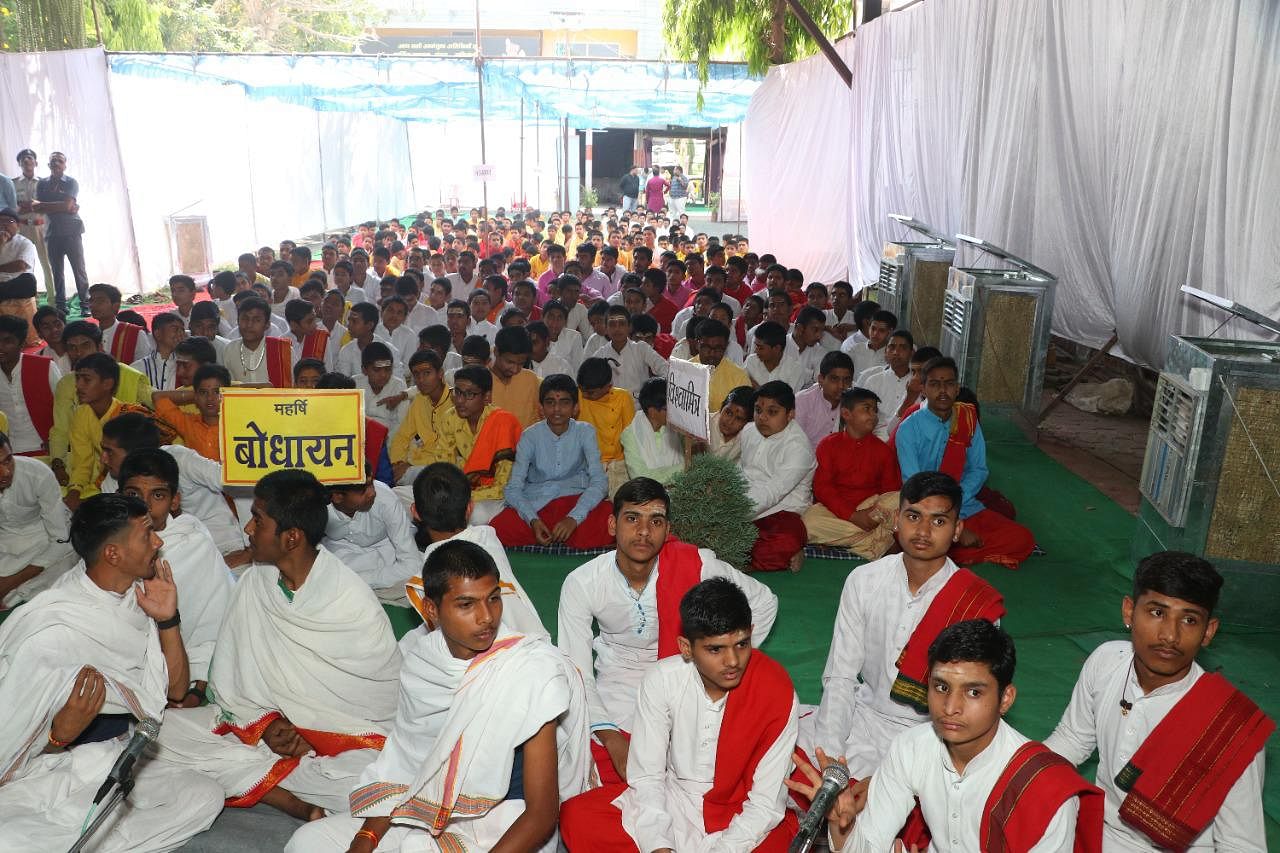