The alleged auto was spotted coming towards Khanpur from the Badarpur side. When signalled to stop, the auto driver accelerated and tried to flee. However, intercepted and overpowered.

According to police, the incident took place on September 30 at about 1: 43 pm.

The girl took an auto from her school in Saket to meet her mother at Central Market in Lajpat Nagar. During the journey, the auto driver misbehaved with her by passing lewd and sexual comments. He even touched her inappropriately, they said.

She somehow managed to escape from the auto near Lajpat Nagar metro station. After that the auto driver fled away, a senior police officer said. 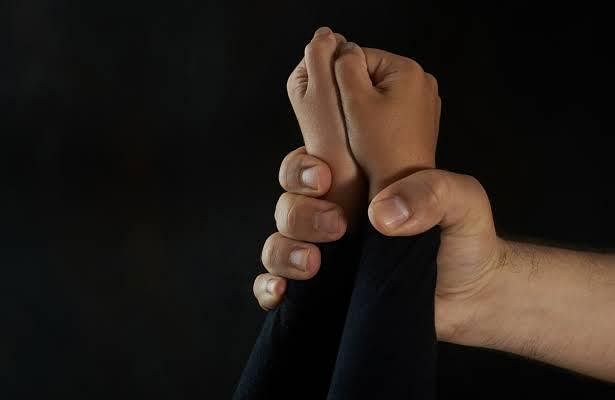 A case has been registered under sections 354 (Assault or use of criminal force to woman with intent to outrage her modesty), 509 (Word, gesture or act intended to insult the modesty of a woman) of the Indian Penal Code and relevant section of Protection of Children from Sexual Offences (POCSO) Act at Saket police station and an investigation was taken up, said Chandan Chowdhary, Deputy Commissioner of Police (South). During the investigation, hundreds of CCTV camera footage were gathered and analysed. The registration number of the alleged auto was also obtained and a raid was conducted at Trilokpuri but the accused was not found to be living in the address, she said.

However, on October 11 at about 5:30 pm, acting on the related information, the team laid a trap near the Khanpur traffic signal.

The alleged auto was spotted coming towards Khanpur from the Badarpur side. When signalled to stop, the auto driver accelerated and tried to flee. However, he was intercepted and overpowered, she added.

The accused auto driver was arrested and the auto used in the commission of the crime has been seized, police said.