The student tweeted, "It was so traumatic that my friend and I still cannot process it. The fact that he had the audacity to ‘smirk’ while I was screaming at him. I don’t think I can ever forget his face."

A female journalism student was allegedly sexually assaulted by an Uber auto driver in Chennai, Tamil Nadu on Monday. She reported the same tagging the authorities on Twitter. Chennai student recalled the incident and shared the details of the auto driver. She also, mentioned the difficulties she faced in reporting the incident and seeking action.

The description of the incident according to female student's tweets:

"I’m a student journalist at @ACJIndia, Chennai. An @Uber Auto driver named Selvam, sexually assaulted me by pressing my right breast, near Ibis OMR Hotel, when my friend and I returned from East Coast Madras to the hotel, (sic)" she tweeted, tagging the Tamil Nadu Police.

She said the incident occurred when her friend was making the payment after getting out of the auto. "To fight back, I screamed. We also tried to stop him but somehow he managed to escape. I immediately called the police but there was no response."

She said in her tweet that the police came after 30 minutes to their hotel. "He asked us to wait till the morning to file an FIR , as there was NO lady officer at the station. “It’s an order by the government,” he said, when asked about the lady officer."

She further wrote that she was asked to visit the lady police officer the same day post 9 am. She was also declined withThe lady cop denied sharing her number with them and that as of now she had filed an online FIR. She mentioned the entire details of the Uber auto driver on Twitter.

"As per the evidences, he’s punishable under section 354 and 506 of IPC. It was so traumatic that my friend and I still cannot process it. The fact that he had the audacity to ‘smirk’ while I was screaming at him. I don’t think I can ever forget his face. (sic)," the tweet read.

The case was registered in Semmanchery Police Station. They seized the auto of the auto driver and also the CCTV footage. Accused driver was arrested too. She thanked the relevant police authorities and her college for taking the necessary actions.

A similar incident was also reported in Tamil Nadu when a doctor and his girlfriend were arrested for sharing nude pictures of hostel mates in Madurai. 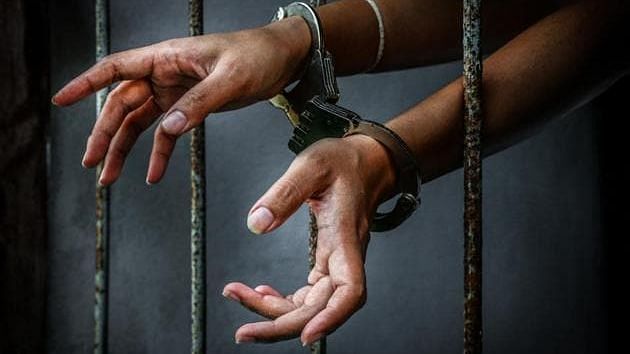