With one of the biggest sources of international students, India looks promising for many Western, European markets and the Emerald Isle is one of them.

Irish universities have welcomed over 5,000 Indian students in 2021 | Unsplash
Follow us on

Mumbai: Known for its fine pubs, coffee, music, and much more, Ireland would like to be popular for a new arena: its academics.

With one of the biggest sources of international students, India looks promising for many Western, European markets and the Emerald Isle is one of them. To further that particular goal, Education in Ireland, the Irish government’s national brand promoting Irish higher education Institutions, has brought top Irish universities to five cities across India.

As India’s financial and commercial capital, Mumbai became a natural choice for the universities, with approximately 300-400 students thronging the St. Regis hotel in Lower Parel. 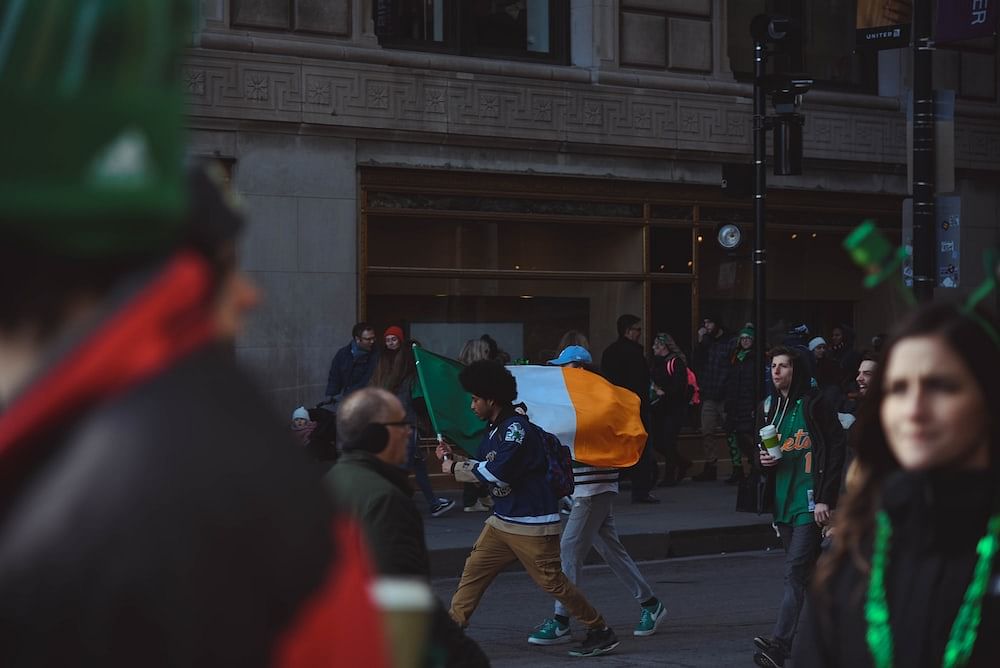 Irish universities, which have welcomed over 5,000 Indian students in 2021, are primarily catering to India’s interests because Ireland is a tech hub with global corporations like Apple and Microsoft choosing to set up their main offices in the country for its advancements and financial incentives. And institutes like Munster Technological University (MTU) are already capitalising on that.

“Computer Science, Artificial Intelligence, Cybersecurity, MSC Data Science, and Analytics are some of the major courses our University offers students. We are sure that these will bode well with Indian students considering the fact that Ireland is famous for tech,” said an official from MTU, who added that around 350-400 Indian and Nigerian students are studying at the University. Not only Masters, Bachelors on the radar too for Ireland

With 1.8 million Indian students set to study abroad by 2024, according to a report by Consulting firm, Redseer, a growing number of undergraduate students are applying for visas to the US, UK, and Canada. Universities in Ireland, who mainly cater to undergraduate students, see the phenomena as an opportunity.

“Our foundations are strong in the bachelor courses we provide. With a 5,000-student-strong community, 10% of them being international students from 35 different countries, we have industry-based options as well,” said Sheetal Tawani, Country Manager, Dundalk Institute of Technology, a university based in the country town of Dundalk. “Energy Systems is one of our most popular courses among students,” added Tawani.

Certain institutes are going one step ahead in attracting Indian students, with offices in India to help with the admission process. The University of Galway is one such institute that has set up an India team in November 2022 for the same.

“Around 500 Indian students are currently studying at our University. Our University also indulged in the Diwali celebrations, in a way becoming a home away from home for Indian students,” said Johanna Walsh, Deputy Head and Global Development Manager, Europe, Middle East, and Africa, University of Galway.

While highlighting that Galway as a smaller city has many IT-related activities, Walsh signified the University’s 98% employability rate.

“We also have country-specific scholarships for students from various countries based on their academic credentials and other factors,” Walsh continued. Other institutes, such as Griffith College, right in the capital city of Dublin, are banking on cost as a way to attract Indian students.

“Students have to pay anywhere between 12-14 lakhs for our courses while also availing scholarships which are way cheaper than many universities in other countries,” said Shama Patel, from the Abroad Campus, who represented Griffith at the fair.

Griffith College, which is one of the oldest private colleges in Ireland, has over 2000 international students on campus while offering courses in Data Management.

One of India's biggest markets an academic goldmine for Ireland

While being one of the biggest exporters of pharmaceutical products and with an industry valued at $50 billion, India is a major player in the field. With such a huge market in place, Irish universities see an opportunity.

Technical University of Shannon(TUS), a public technological university in Ireland, with its programmes on Pharma and Biopharma aims to attract Indian students in the near future. “We already have 175 students from India, with 700 international students in total. We have industry partnerships with companies such as Johnson and Johnson and Eli Lily,” said Donnacha McNamara, Vice President, International and Dean of Faculty Business and Humanities.

Students line up to quiz Ireland's no. 1

Trinity College in Dublin, became the first and only Irish university to enter the Top 50 rankings of both the QS World University Rankings and the Times Higher Education in 2009, when it was ranked 43rd in the world while securing the 98th rank in 2022, was, by all means, the star of the fair.

“We are catering to Business and STEM aspirants in India for the most part, with also a special focus on students interested in Humanities,” said Nilanjana Shihn, Trinity’s Regional Manager in India and South Asia.

According to a survey by the Irish Council for International Students, there were 465 participant foreign students that were dealing with an accommodation crisis in the country. The crisis could also impact Indian students, who are growing in numbers in the European country.

“Many students are having to live with host families and our platform is also helping them get in touch with landlords,” added Phadtare.

Speaking of the situation at hand, Regional Manager of South Asia, Education in Ireland, Barry O'Driscoll said that though there is a challenge in securing accommodation, students can speak to the accommodation officers at their university of choice early on during the admission process.

"A number of options are available including house families, private rent accommodation, and on-campus residence and the accommodations officer would be able to guide you to best suited option as per your requirements," Barry stated.

The next two study fairs by Education in Ireland are set to be in Chennai on November 26, and Bangalore on the 27th.

UP: No phones, female invigilators part of 'cheating-free board exam' guidelines