The Minister's remarks came after the walls of the SIS were defaced with 'anti-Brahmin' slogans.

New Delhi: Reacting sharply to the "anti-Brahmin" slogans on the walls of the School of International Studies (SIS), JNU, Union Minister Giriraj Singh on Friday said that there is an alliance between the "tukde-tukde' gang and Ghazwa-e-Hind" which is trying to "break the nation".

The Minister's remarks came after the walls of the SIS were defaced with "anti-Brahmin" slogans. "JNU was becoming a centre for political parties that run the 'tukde-tukde' gang. Today, an alliance of this 'tukde-tukde' gang and 'Ghazwa-e-Hind' is running in the country, trying to break the nation," the Minister said, adding that the alliance will not succeed. 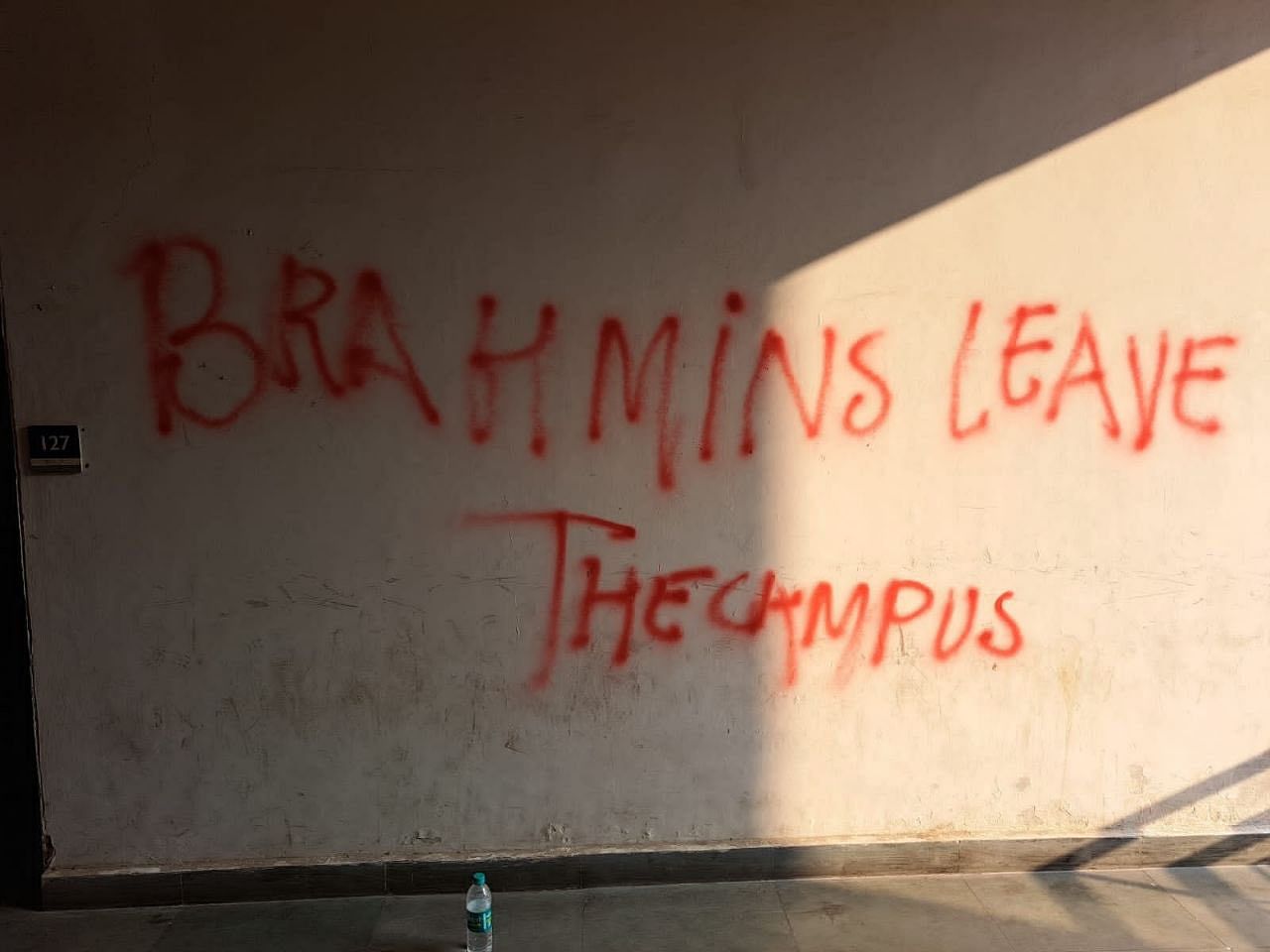 "There is the Modi government in the country, which thinks about the glory of the nation. they will not succeed," he added.

Meanwhile, the Vice-Chancellor of the university visited the campus today and took stock of the situation while also interacting with the students and faculty members.

"The Vice-Chancellor visited SIS-I and SIS-II today i.e. December 2, 2022, and took stock of the situation and interacted with the students, staff and faculty members and asked them to be vigilant so that such incidents are prevented in future," an official statement signed by the Registrar said.

"The Vice-Chancellor has appealed to the JNU community to maintain the JNU ethos of inclusion, equality and harmony in the campus," it added.

Earlier today, the Students Union also condemned the incident and sought strict punishment for the miscreants.

Meanwhile, the Dean of the School of International Studies and Grievances Committee has been asked to inquire and submit a report to the VC at the earliest, as per a statement on Thursday.

"JNU stands for inclusion and equality. The VC reiterates zero tolerance for any violence on campus," as per the notice issued by the Registrar.