The engineering entrance’s first-day Engineering paper (BE/BTech; paper 1) is being held in two shifts from 9 AM to 12 PM and 3 PM to 6 PM.

The engineering entrance’s first-day Engineering paper (BE/BTech; paper 1) was held in two shifts from 9 AM to 12 PM and 3 PM to 6 PM.

The JEE B Tech paper consisted of three subjects - Mathematics, Physics, and Chemistry, with each subject consisting of two sections in the question paper.

The reporting time for the JEE candidates in shift 1 was 7:20 AM but the exams started at sharp 9:00 AM as the entry to the centre was restricted at 8:30 AM.

What is allowed and not allowed for the students?

Students were not allowed to carry anything inside the examination hall except a transparent ballpoint pen, admit card, and aadhar card.

Every student was made to go through a sanitising station where they had to sanitise themselves through a foot press lever.

Personal masks were not allowed. Every student was given a fresh surgical mask at entry.

Metal detectors were used at the entry gate and no bags or wrist watches were allowed inside.

Students reported that entry started as soon as they were screened at the entry point.

A time clock on the computer screen was provided inside the examination hall.

Some candidates who have filed multiple applications have had their candidature withheld and they were not able to take the exam on January 24 and January 25. 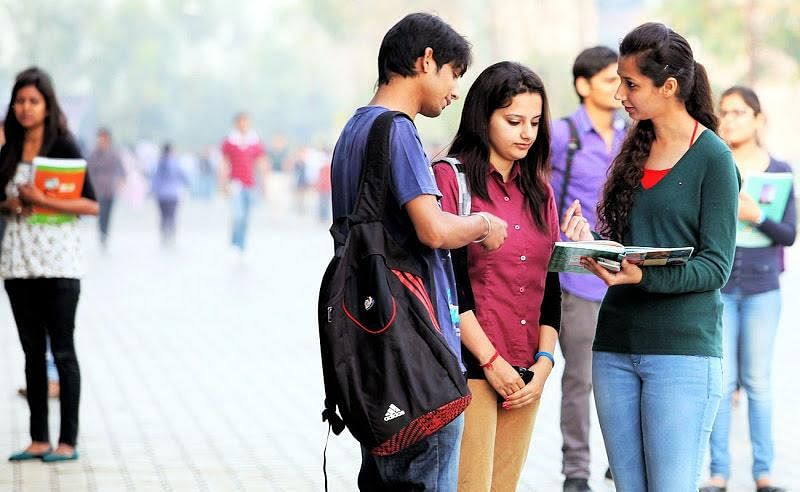 The JEE Mains examination today had a total of 90 questions with the total marks being 300.

The 90 questions were divided into three parts, namely Physics, Chemistry, and Mathematics which had 30 questions each.

“As per the discussion with students' feedback, the first day’s paper was normal. In none of the three subjects, the students faced any particular problem. There was no change in the paper pattern either. 20 questions were multiple choice out of which 2-3 were assertion-reasoning (assertion and reason), and 10 were of numerical value. Only 5 out of 10 numerical value questions were to be attempted. About 40 percent of questions were asked from class 11 and about 60 percent from class 12,” stated Gaurav Sharma, Aakash BYJUS.

The questions covered almost all of the chapters of class 11 and 12 CBSE board with the difficulty level varying from subject to subject.

While Maths and Chemistry seemed to be moderate for students, Physics was pretty easy as compared to the two.

According to Ramesh Batlish, Head FIITJEE, Noida, while Maths had questions from all chapters including, Determinants, 3D Geometry, Vectors, Permutation & Combination, Probability, etc, the numerical section had long calculations with few questions in MCQs being reported as lengthy. Physics, on the other hand, had a few fact-based questions from class XII chapters of NCERT which made it easier for the students.

“Few questions from Organic Chemistry were reported to be slightly tricky,” stated Batlish.

No errors in question papers

This time around there were no errors in the question papers with tight invigilation being followed. Students were also provided a booklet for rough work, which was to be submitted back after the exam.