HomeEducationIndians Make Up 35% Of Study Permits In Canada

Indians Make Up 35% Of Study Permits In Canada

The increase in the percentage of Indian students in Canada comes as more than 500,000 international students in the country will be able to benefit from its new policy.

Indian citizens now make up 35% of study permit holders in Canada, according to Immigration, Refugees and Citizenship Canada (IRCC), which is the North American country’s primary department for immigration-related matters.

The increase in the percentage of Indian students in Canada comes as more than 500,000 international students in the country will be able to benefit from its new policy, announced on October 7, 2022, that temporarily lifts the 20-hour limit for off-campus work aimed at addressing Canada’s labour shortage. 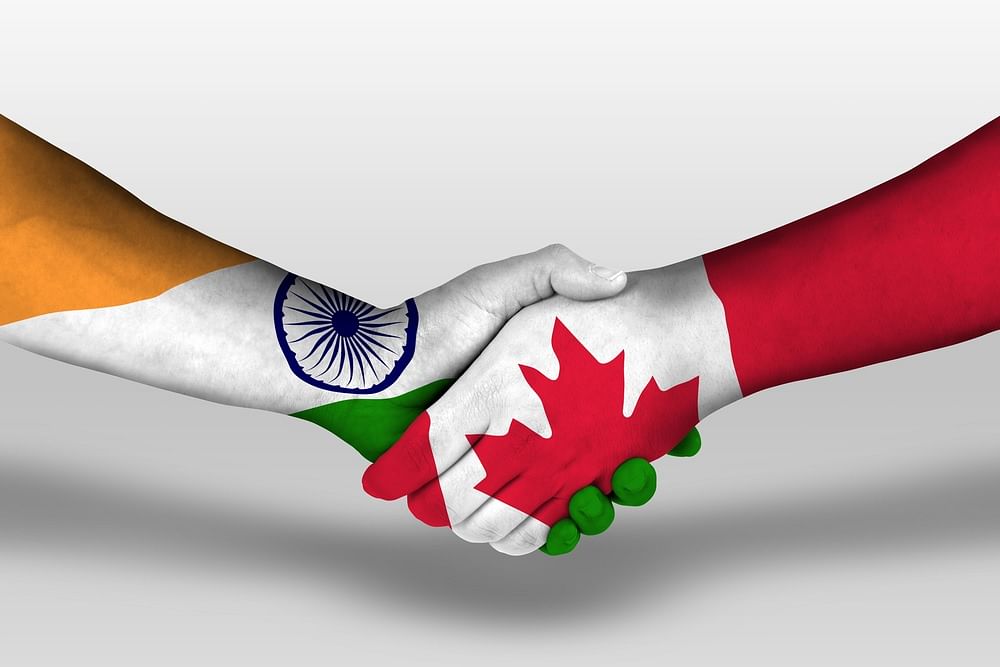 After constant demands from the international student population, Canada lifted the limit of work hours for students which it says will help them see the effects of the new rule.

“We don’t want students to prioritise their jobs over their studies, but we do want them to be able to offset some of their expenses. We also want to give them the opportunity to make connections with employers, hopefully in their field of study, while they complete their program,” said an IRCC official to the Free Press Journal.

According to data released by the Ministry of External Affairs, 60,258 Indian students chose Canada as their study destination in the first six months of 2022 but the more than 2 million visa backlogs in the country have proved to be an issue for students and authorities alike.

While recognising the tremendous economic, cultural and social benefits that international students bring to the country, IRCC has said that students from India and 13 other countries can benefit from faster processing time under the Student Direct Stream.

Under SDS, most prospective students are able to have their study permit processed faster, as the application includes showing up front that they have the financial resources and language skills to succeed academically in Canada. The additional information provided by SDS applicants allows immigration officers to make a thorough assessment and final decision quickly. Students applying for SDS must first be accepted at a Canadian learning institution that is designated to host international students. In addition, they must satisfy key criteria, such as submitting proof upfront of:

Allaying fears of students about their permits finalised, the department has maintained that 452,000 study permit applications were confirmed between January 1 and August 31, 2022, compared to about 367,000 finalized in the same period in 2021 (January 1 to August 31, 2021), which represents an increase of about 23%.

As of September 1, the number of study permit applications in IRCC’s processing inventory was about 151,000, 62% of which were currently within IRCC’s service standard of 60 days.

Sean Fraser, Minister of Immigration, Refugees, and Citizenship, also recently announced that IRCC will have more than 1,250 new employees hired by the end of the fall to increase its processing capacity and tackle the backlogs in the short term.

The department has also gained additional funding of $85 million from the 2021 Economic and Fiscal Update, which it says will help in hiring new processing staff, digitising applications, and implementing technology-based solutions such as digital intake and advanced analytics.

MEA advisory a cause of concern

Reforms being adopted by IRCC to cater to Indian and international students comes amid a September 23 advisory by MEA for Indian nationals in Canada on the “sharp increase in incidents of hate crime, sectarian violence, and anti-India activities”.

“In view of the increasing incidences of crimes as described above, Indian nationals and students from India in Canada and those proceeding to Canada for travel/ education are advised to exercise due caution and remain vigilant,” the advisory said over attacks on temples in the country and certain religious events, which has led to tensions between New Delhi and Ottawa in the past.

Recent incidents of attacks against Indian students in Canada have raised alarm bells in India. Satwinder Singh, a 28-year-old student, succumbed to the injuries he received during a shooting rampage in Ontario on September 19, 2022, while Kartik Vasudev, a 21-year-old Management student, was shot dead outside a subway in Toronto by a lone gunman. Both students lost their lives while being out for their part-time jobs.

Jitesh Vasudev, the father of Kartik, who has been vocal about the lapses in the investigation of his son’s death believes the MEA advisory is reflective of the fact that Kartik was shot as part of a possible hate crime.

While addressing concerns about reports of death, IRCC said that it expresses its condolences to the families of the victims of these crimes. “While Canada ranks among the safest countries in the world, crimes do occur. Criminal law in Canada is enforced by police forces across the country and we understand investigations into these incidents are underway,” stated the IRCC official, who didn’t wish to elaborate further.