The SRS can stop a 30mm supersonic projectile moving at Mach 3 - three times the speed of sound - at a distance of nearly 50 meters.

According to an official release, the technology has been developed under leadership of Nachiketa Tiwari of IIT-K and Alok Prasad, General Manager of OFMK.

An SRS is used for the recovery of a projectile after initial impact with minimum damage to ensure the development of smart and intelligent warheads with maximum effectiveness and minimum collateral damage.

Acquisition of SRS technology is a prerequisite for the development of smart and guided munitions, as it can provide a test bed to prove out smart munition designs.

Lt. General (retd) A. Mukherjee said, "It is a milestone in the 'Atmanirbhar Bharat' initiative of the Government of India. With increased kill probability by the SRS technology, the artillery will be able to fire killer projectiles which will be more lethal and accurate, thereby cutting on the cost to neutralise targets."

Abhay Karandikar, Director, IIT-K, said, "IIT-K advocates for multi-stakeholder collaboration for holistic development in the research and innovation sector. It will assist in the effective recovery of supersonic projectiles."

At present, only a few countries have an SRS and now India has also joined their league.

The IIT-K team was involved in concept development, design and virtual validation of the SRS and testing of sub-assemblies while AVNL's OFMK was instrumental in fabricating and assembling the 50-metre long assembly to exacting standards. They also developed the test infrastructure for the SRS. 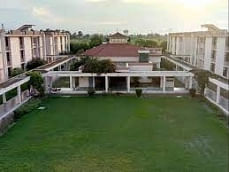