A front of the Hindi medium disgruntled students has been formed in coaching city Kota under the aegis of an educationist of Kota named Ajeet Singh Banthia who is a retired Physics teacher of Government College Kota.

Kota: A section of the Hindi medium students and educationists are demanding deletion of a physics question following an error in Hindi translation in the NEET 2021.

The agitated students demonstrated in front of the house of Lok Sabha Speaker recently and also carried out signature campaign in Kota. 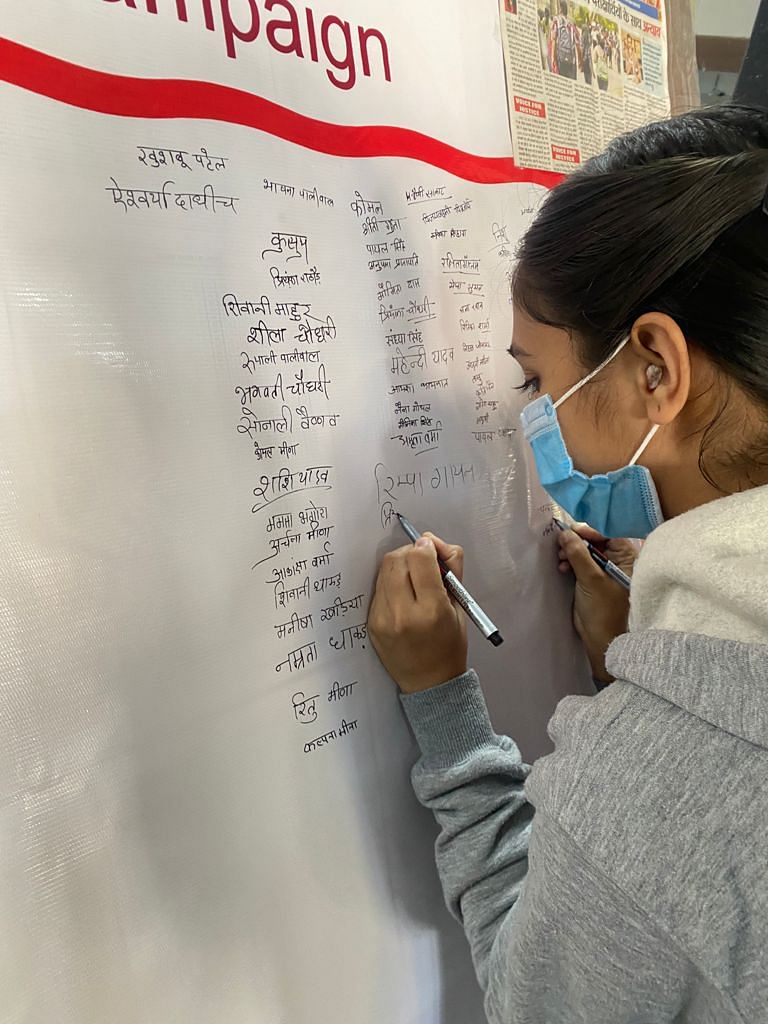 A front of the Hindi medium disgruntled students has been formed in coaching city Kota under the aegis of an educationist of Kota named Ajeet Singh Banthia who is a retired Physics teacher of Government College Kota.

He said that last month the Supreme Court of India dismissed a plea seeking deletion of a physics question due to an error in Hindi translation in the NEET 2021. Ajit Singh Banthia has written to the Chief Justice of India and PM that NTA has got the plea dismissed on the basis of a false affidavit. In the said question the petitioners claimed that the word “amplitude” was omitted in the Hindi translation, thus candidates had to apply a different formula and arrive at a different answer. They submitted that Hindi word ‘dhaara’ does not refer to ‘amplitude’. In the Class 12 Physics book the word used for ‘amplitude’ is ‘aayam’.

The NTA without taking cognizance of the said error, released an answer key only on the basis of the English translation of the question, he added. Another aspirant named Ashok Jaisana, who has got 540 marks in NEET, alleged that since NEET UG 2021 has negative marking, the said question was a loss of 5 marks for the Hindi-speaking candidates of 11 States and thus pushing their ranks further back.

Brajesh Maheshwari, Director of Allen Career Institute said that the fault in the Physics question is unfair for the Hindi medium NEET who mostly hail from poor backgrounds.

"Over 42 per cent of children in the country study in Hindi-medium schools, followed by English (26 per cent) and Bengali (6 per cent). Yet, it is a matter of great concern that all the examinations carry the instruction stipulating that in case of any ambiguity in translation of any question, English version shall be treated as final. It is time such a discriminatory practice be impugned", said Banthia. The students of Hindi medium are making demand to delete the said question. It is my demand that a panel of bilingual paper setters, well versed both in Hindi and in English, should moderate the paper so that the Hindi medium students are not put at a receiving end for no fault of theirs, said Banthia.