As a result of allegations that a female student had made unpleasant videos of various female dormitory residents, protests broke out at Chandigarh University on Sunday.

Mohali: Assuring cooperation with the Punjab Police on the matter, Himachal Pradesh CM Jairam Thakur has assured legal action against the boy who is at the centre of the Chandigarh University MMS leak row.

"I've instructed police officers to cooperate with the Punjab Police. According to the info received, the boy who made (videos) viral is from Himachal. Legal action will be taken against him," said CM Thakur to reporters.

As a result of allegations that a female student had made unpleasant videos of various female dormitory residents, protests broke out at Chandigarh University on Sunday.

The culprit was detained by the Punjab Police on Sunday. After hostel residents claimed their videos became viral, action was taken.

According to a statement from the university, there was only one "leaked" film, which was a personal video the accused sent to her partner in Shimla.

"The rumour which is circulating through the media that 60 objectionable MMS have been found of students is totally false and baseless. During the preliminary investigation conducted by the university, there have been no videos found of any student that is objectionable except a personal video shot by a girl that she shared with her boyfriend," said a pro-chancellor RS Bawa, Chandigarh University. 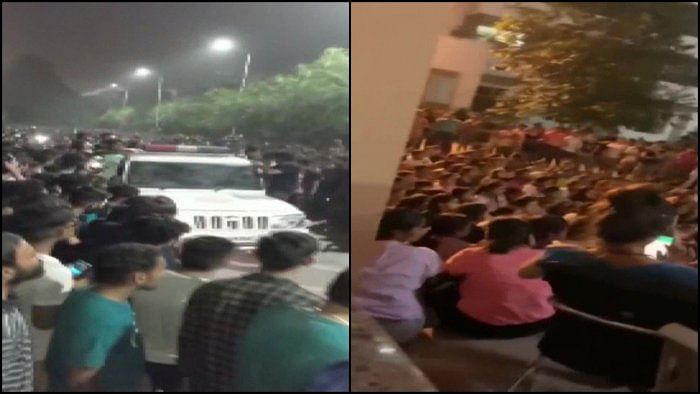