The university's reply comes despite numerous reports suggesting that the girl's phone included 60 offensive MMS from other pupils.

Protests by Chandigarh University students in Mohali, police investigate the matter | sourced
Follow us on

Mohali: The Chandigarh University has stated that no "objectionable video was made of any students except a personal video recorded by a female, which she shared with her boyfriend," despite the intense controversy over allegedly leaked videos of dormitory girls. The young lady was detained.

The university's reply comes despite numerous reports suggesting that the girl's phone included 60 offensive MMS from other pupils.

"All the rumors of objectionable videos shot of other girl students are totally false and baseless," RS Bawa, Pro-Chancellor, Chandigarh University, said in an official statement. 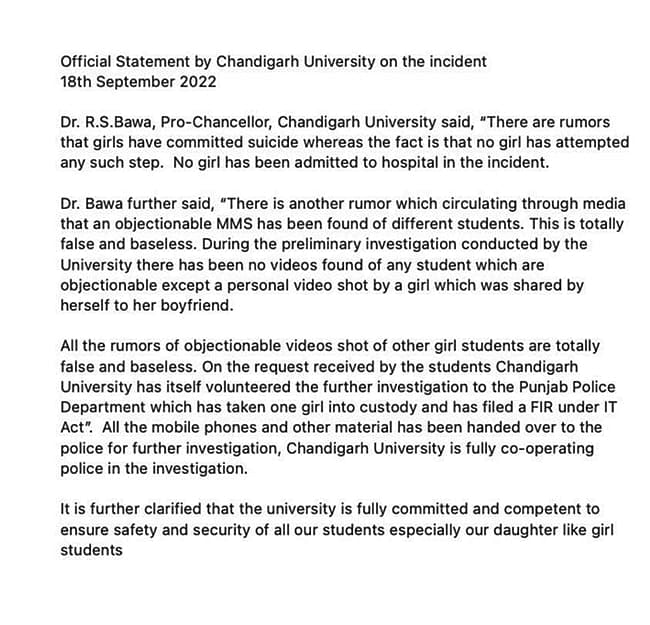 According to the university, the police have received all the cell phones and other materials for further investigation.

Students from Chandigarh University protested the claimed recordings on Saturday night in Mohali.

Several social media posts that claimed that several girls attempted suicide as a result of the incident have been debunked by the university administration.

A high-level investigation into the situation has been ordered by the Punjabi government. 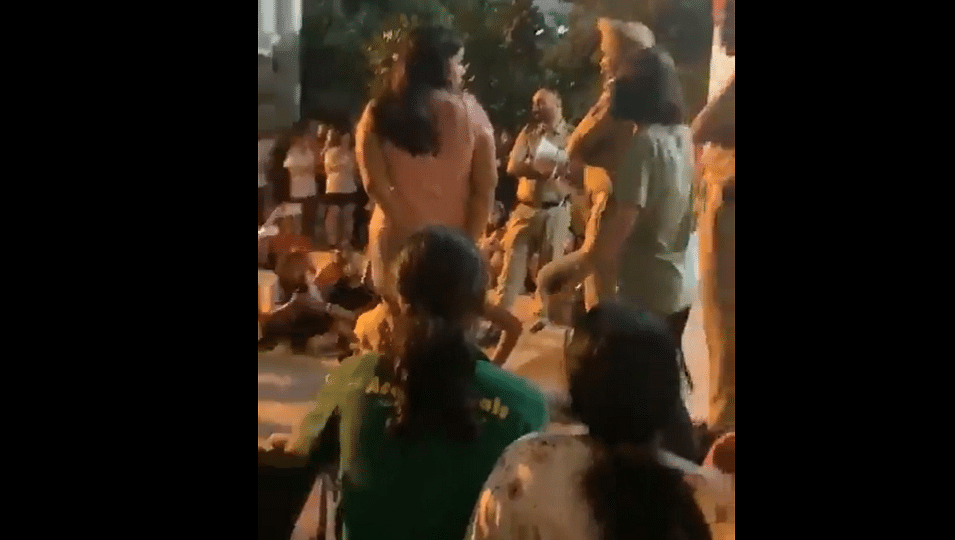