Police have lodged an FIR on the complaint of Prabhakar Singh, the security guard posted at one of the campus gates, booking eight people for the Monday ruckus.

A screengrab shows Allahabad Central University students sleeping on the road to mark the protest. | Twitter.
Follow us on

Prayagraj: Security guards and students at Allahabad University have accused each other of initiating violence on the varsity campus in which two motorcycles were gutted.

The security guards in their complaint alleged that Vivekanand Pathak, an ex-student, had come to the union gate Monday afternoon and asked Prabhakar Singh to open the gate. When Singh refused to open the gate, Pathak slapped him, they alleged. 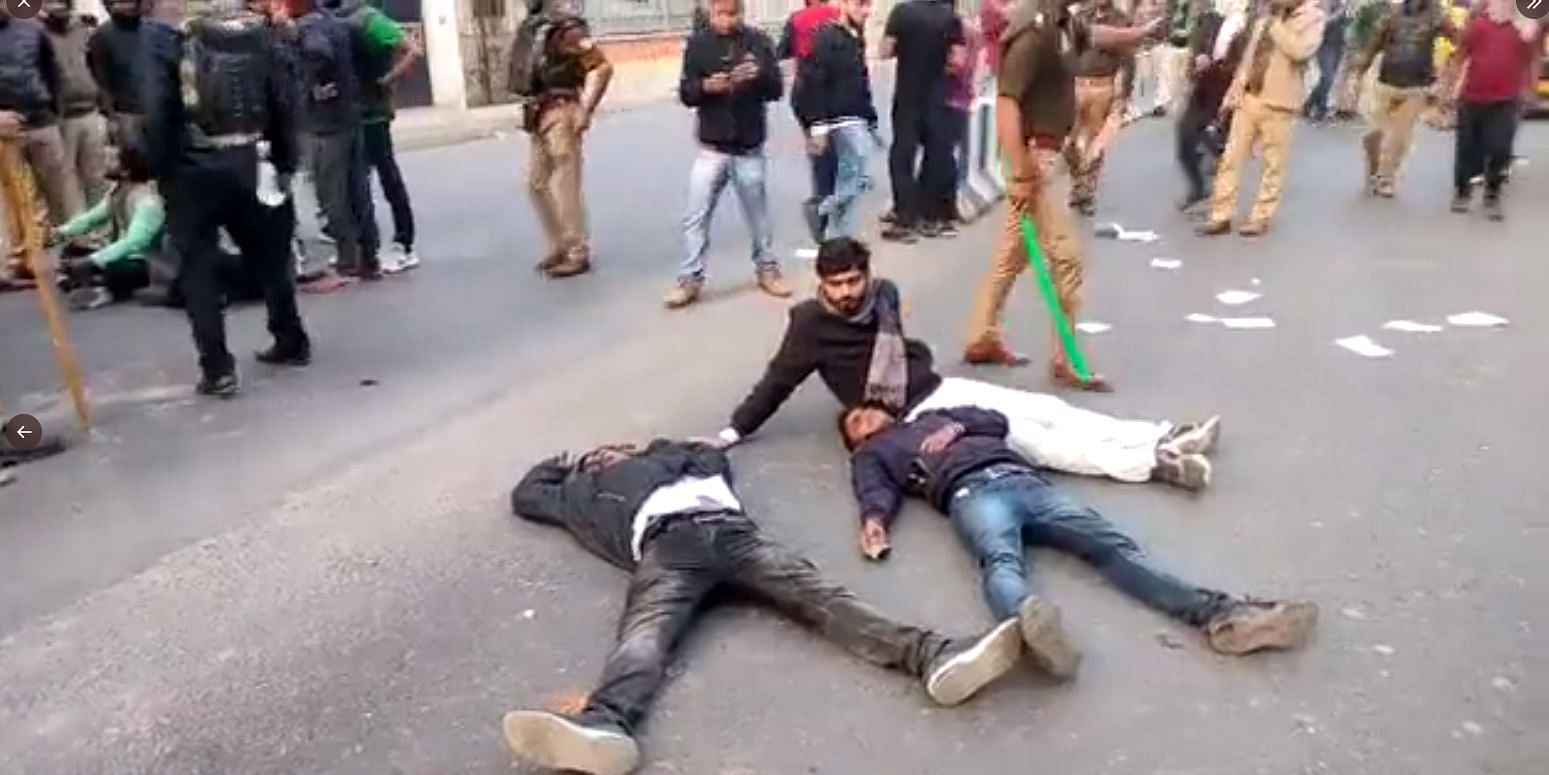 According to the guard’s complaint, after he was slapped, several students gathered at the gate and started abusing and pelting stones at the security guards and burned at least two motorcycles. Pathak in his turn accused three guards- Prabhakar Singh, MK Pandey, and Tara Chand - and 30-40 other unknown guards to have made a fatal attack on him and beating him with sticks.

Student leader Ajay Samrat said that the police administration has been given 48 hours to take action against the guards.

On Tuesday, Pathak and other students gathered on the campus and raised slogans against the varsity administration. The administration on Monday after the incident issued a statement saying that some unruly elements tried to break open the lock of the university gate and when they were stopped by the guard, they assaulted them too.

No classes took place on Tuesday and all work remained suspended in view of the incident.