Hours after a suspected IED was found in a house in Delhi's Old Seemapuri area on Thursday evening it was disposed off later by the National Security Guard (NSG). According to news agency ANI, a timer device with Ammonium Nitrate and RDX was used in the IED recovered from the spot.

The IED weighing approximately 2.5 kgs to 3 kgs was later diffused by a Bomb Disposal Squad of NSG.

The house from where the device was recovered belongs to a man named Kasim and he had given it to some people who are now missing. A manhunt has been launched for them.

The first case was reported from Shahdara area, police said.

A police official said that an unidentified bag was found in Shahdara district after Delhi Police and Fire Department received a bomb threat call at 2.15 p.m.

Meanwhile, another call, about an IED, was received at New Seemapuri and people, "taking it seriously" summoned National Security Guard personnel to the spot.

#UPDATE Timer device with Ammonium Nitrate and RDX was used in an IED recovered from a house in northeast Delhi's Old Seemapuri today. The IED weighing approximately 2.5 kgs to 3 kgs was later diffused by a Bomb Disposal Squad (BDS) of the National Security Guard: NSG

A Special Cell team, which reached the spot, found a bag in the house and some suspicious articles.

The Special Cell has questioned a few persons in this connection including Kasim. It has begun to collect CCTV footage of nearby areas to get a clue about the persons who were living there.

The police will also collect the dump data of 10,000 to 1 lakh cell phones which were active in the area, and will examine the data to identify suspect numbers.

Five to six teams of Delhi Police are looking into the matter.

Meanwhile, the NSG put the IED into bomb defusing machine and took it to Dilshad Garden area where it was put in a hole to be destroyed.

Sources told IANS that the incident is suspected to be linked to the Ghazipur incident, where an IED was found last month. 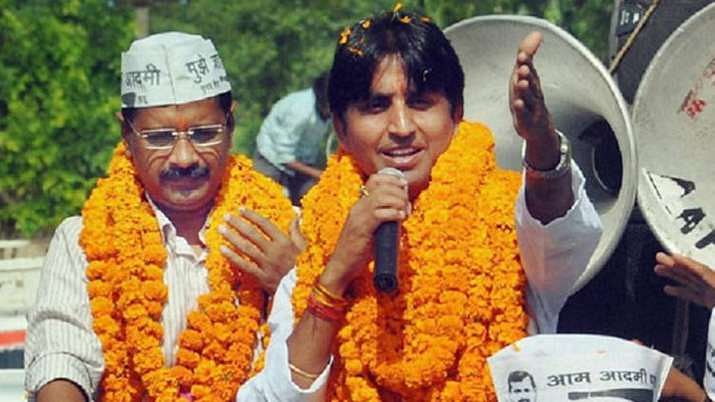