During the second wave of Covid-19, Delhi had witnessed a sudden spike in Covid cases that overburdened its health systems.
IANS 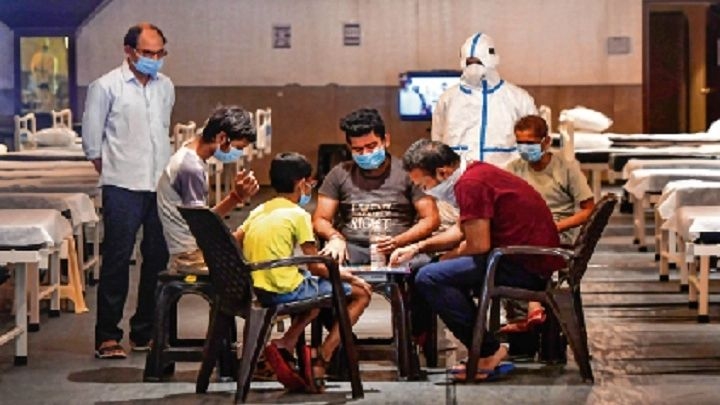 New Delhi: Junior doctors posted at the makeshift Covid care facility under GTB hospital at the Ramlila ground have not been paid for the last four months, medicos at the medical facility said.

Junior Resident Doctor Manu Garg said, "This Covid facility under GTB hospital started in March 2021. For the last four months, we are not getting our salaries. The accounts department always says 'ask the consultants'. They say the file has not been passed by the Health Ministry."

During the second wave of Covid-19, Delhi had witnessed a sudden spike in Covid cases that overburdened its health systems.

Medical Graduate Dr Manu Garg said, "We MBBS doctors are posted as 'Covid warriors'. When the facility started, there were over 150 junior residents, but as they (government) started decreasing the duties and delayed the first salary, most of them left."

He said the Covid management team started reducing the junior doctors duty to six shifts per month. Gradually, it came down to a single or double duty in a month as the cases are under control in the national capital.

"We were hired on an honorarium of Rs 6,000 per duty. It has come to a matter of our livelihood on a single duty of Rs 6,000 in a month. And even that has not been paid for the last four months", said Garg.

The junior doctors said though the daily Covid cases are declining, the dengue cases are soaring in the city.

As per the Delhi Government's order, all state-run hospitals have to use one-third of the Covid-19 beds for treatment of dengue, malaria and chikungunya patients. However, the guidelines are not being followed, the junior doctors said.

An order copy from Guru Teg Bahadur Hospital regarding the re-engagement of medical manpower reads that these junior doctors, posted as consultants, will be on per day shift basis to manage Covid patients till December 21.

"We were appointed for three months initially, but after this order, the contract was extended till December. July 27 was the last date when we got our salary", said Abhishek.

The doctors said that the reluctant attitude of the management has left junior doctors in dismay.

"Neither the duty hours have increased, nor our pending salaries are being paid by the hospital administration," said the doctors.

"We have not got any salaries from the past four months. And rubbing salt into the wound, they have reduced our duties to almost one in a month. We get paid on the basis of number. We are basically unemployed and have not received our due. They can take dengue, malaria cases in the setup as LNJP Covid Care Centre has done. But they are not doing that also. We are just left hanging in the air," Abhishek said.