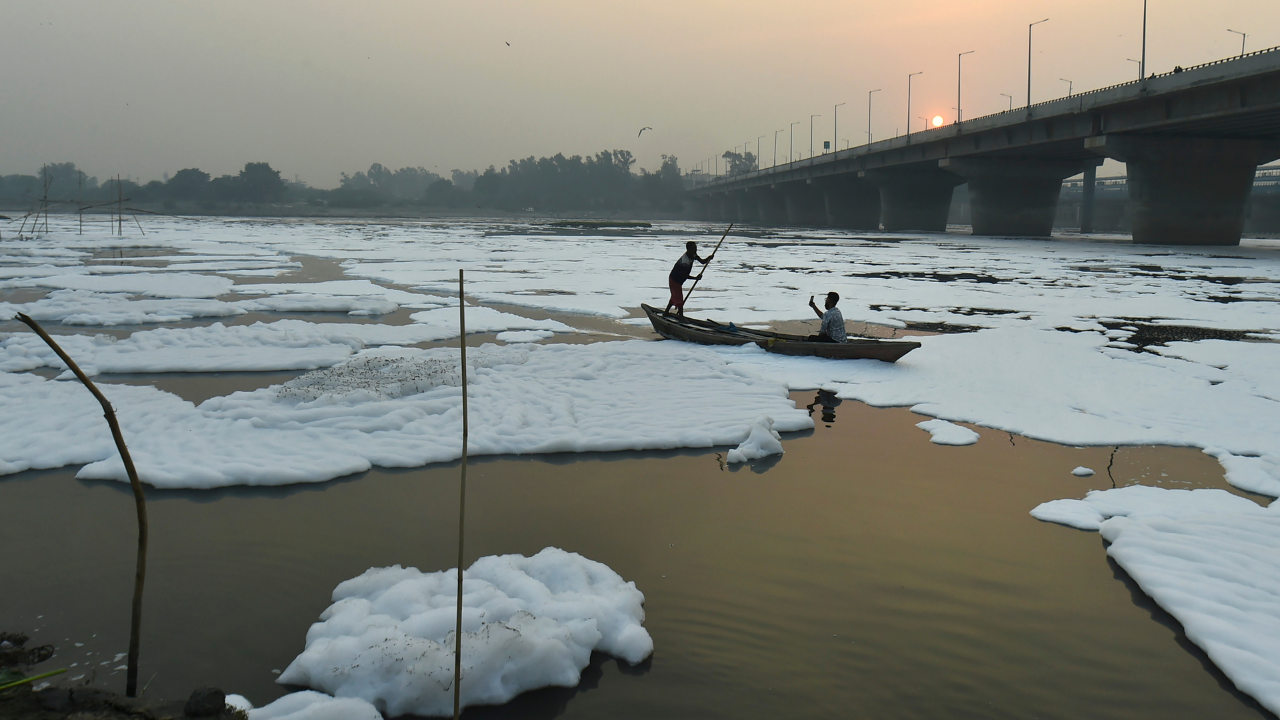 A boatman moves through a froth laden polluted Yamuna river, as smog engulfs the sky during sunset, at Kalindi Kunj in New Delhi, Tuesday, Nov. 9, 2021. | PTI

New Delhi: The Delhi BJP on Wednesday mounted a fresh attack on the Kejriwal government accusing it of banning Chhath celebrations on the Yamuna riverbanks to cover up its failure to clean the river.

Delhi BJP president Adesh Gupta claimed that Yamuna picked up 80 per cent of its pollutants from industrial discharge and sewage in its 22-km passage through the city.

"Arvind Kejriwal ji, you banned Chhath at Yamuna banks to cover up failure of your government to clean the river," Gupta said at a press conference.

"Instead of preventing flow of drains such as Najafgarh nullah, the Kejriwal government is stopping people from celebrating Chhath at the banks of the river. The Supreme court should take note of the situation and the Kejriwal government should be treated like a criminal for playing with health of the people," Tiwari said at the press conference.

The Delhi Disaster Management Authority (DDMA) had in an order on September 30 prohibited Chhath at public places, including the Yamuna banks.

However, after protests against the ban by the BJP, the DDMA in its order on October 29 allowed Chhath celebrations at "designated sites" barring the banks of the Yamuna.

It has directed administrative and police officials to ensure strict compliance with all its COVID-19-related orders.

The festival of Chhath, popular among Purvanchali inhabitants of the national capital, will be celebrated with paying of obeisance ('arghya') to the setting Sun on Wednesday evening. It will conclude with 'arghya' to the rising Sun on Thursday.

The BJP and the AAP are engaged in a war of words over the festival with each trying to outsmart the other and seek favour of the Purvanchali community.