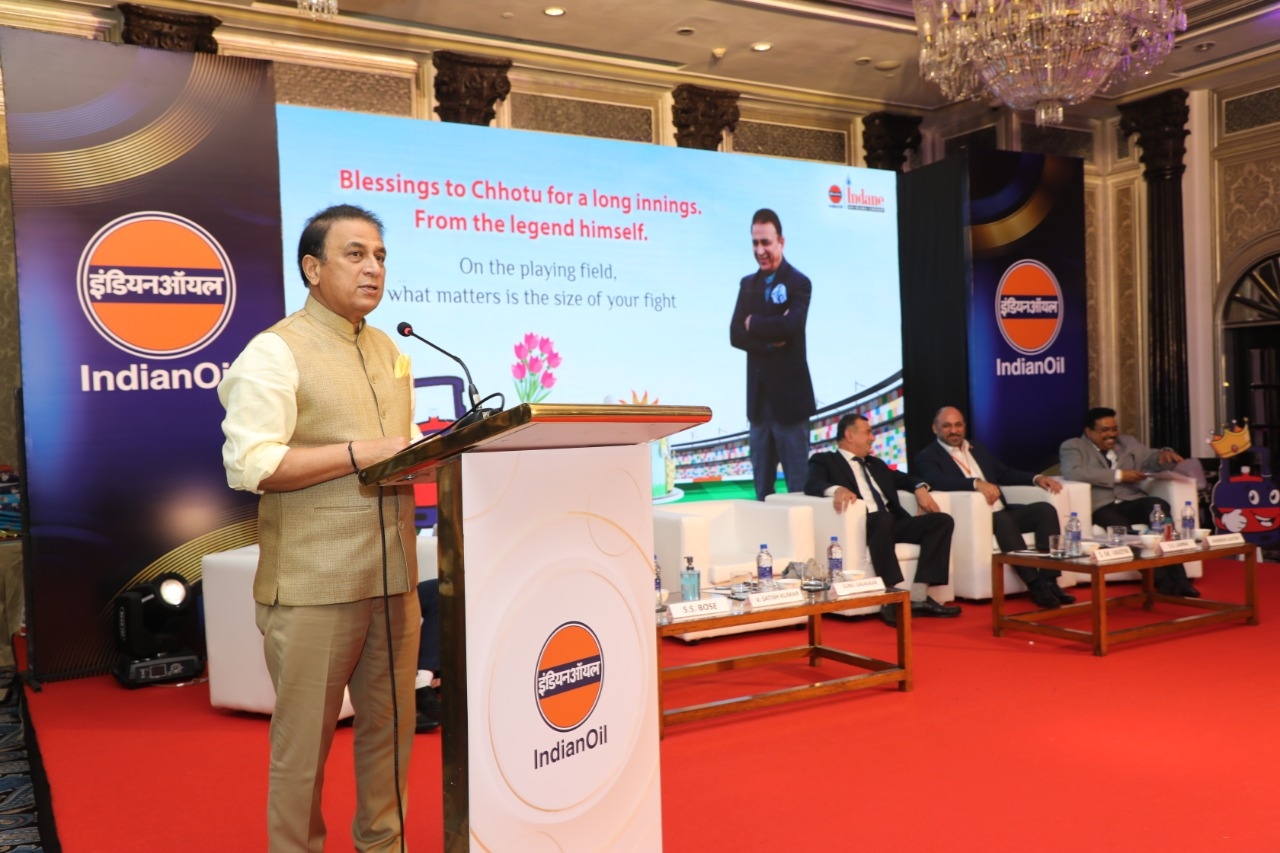 Since its rechristening by Vaidya in December last year, Chhotu has grown to one of the most popular LPG brands in the country. Since its rebranding, the sale of Chhotu cylinders has showcased a phenomenal growth of 58.5%. The Corporation sells almost 2 lakhs FTL cylinders on an average every month, across the country.

Gavaskar wished Chhotu on its first anniversary and said that Chhotu will go onto become a valuable addition to each household in the coming years.

Marking the celebrations, Vaidya said, “It's an honour to have the Little Master & Indian batting legend Sunil Gavaskar gracing the first birthday celebration of #IndianOil's own Little Master, Chhotu Indane, in Mumbai today. Chhotu stands tall as a symbol of convenience, safety & reliability in the Indian Kitchen.

Thanking Gavaskar on joining the celebrations, Satish Kumar said that just like he was reliable and trusted member of the Indian cricket team, IndianOil’s Chhotu will play a similar role in our kitchens.

Chhotu Indane LPG is today available at more than 20, 000 touchpoints across the country. Customers wishing to purchase Chhotu can get the LPG cylinder from Point of sales (POS) such as Kirana Stores, Supermarkets, and IndianOil Retail outlets & LPG distributorships, by only submitting a Proof of Identity. The easy to handle and carry cylinder is completely safe, meeting all BIS specifications.