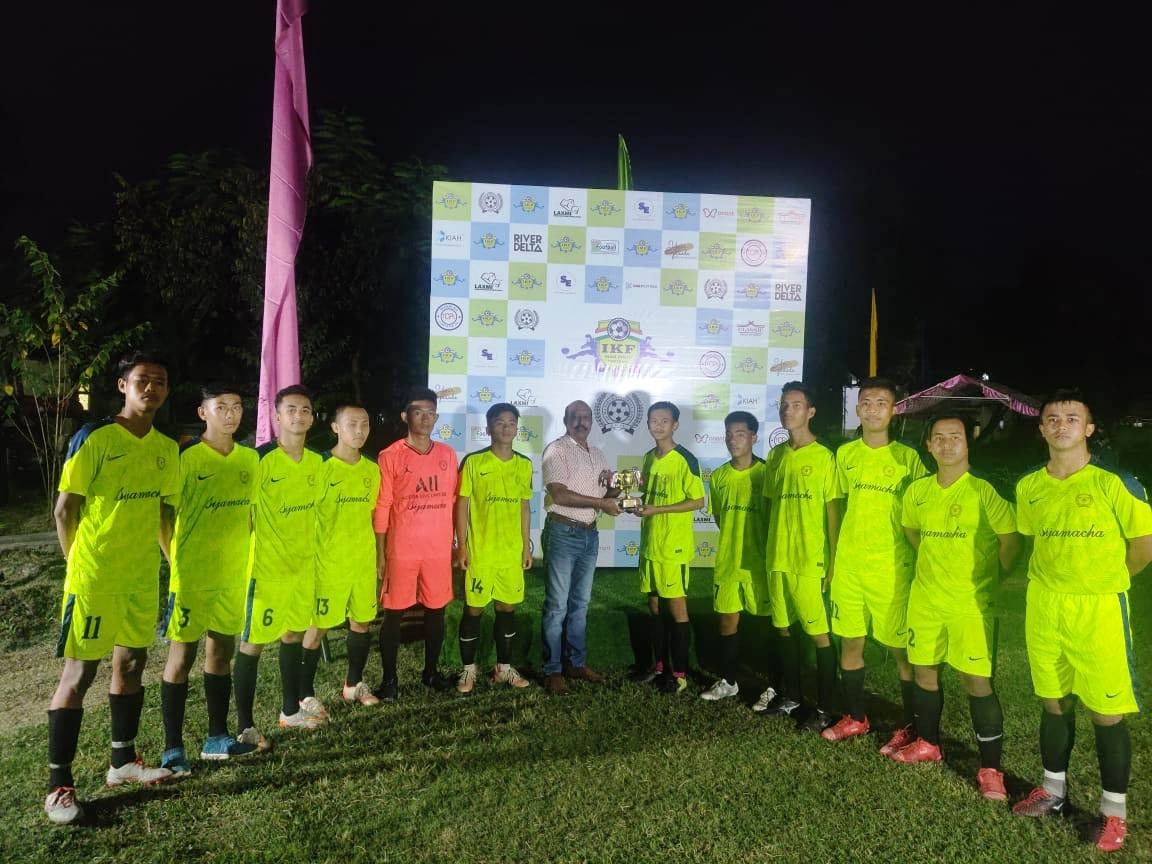 IKF Imphal Tournament under the aegis of All Manipur Football Association was conducted on 17th October 2021 at Lamphel Pat. Near about 140+ players actively participated in the tournament. Teams from various parts of Manipur district participated in the tournament. India Khelo Football a non-profitorganization that organizes Pan India under 14 tournaments to hunt talent at grassroot level. Top 5 to 6 players are selected at city level who will go to Kolkata for Zonals. Top 22 players will be selected who will go to Mumbai for Nationals where IKF’s international partners based out of UK will scout the top players to Europe for trials which will be free of cost.

The echo of energy and passion among the players could be felt among the valley. Tournament started on October 17, 2021 in the morning by keeping the COVID-19 precautions in mind. The 9 a side tournament took near about 10 hours to finally find the winners of IKF Imphal. The finals were played between TYDA Football Academy and UTLWO FC where TYDA Football Academy emerged as the winning team. All the players of the winning team and runner up team were awarded with trophies by the chief guest, M.S. Shekhawat IGP Manipur and Nagaland Sector CRPF. All the other players received participation certificates for the exemplary performance. The title of Best Player was awarded to Monex Konthoujam from UTLWO and Highest Scorer was shared by K L Kabui and Suraj Wangkhem from TYDA. Best Goalkeeper was awarded to Louriyam Subash Singh.