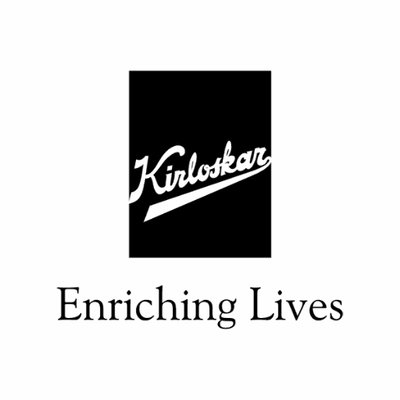 "We both (judges) feel it is one of the reputed families and company. We feel the issues are sorted out by mediation or arbitration which is better in the interest of the company," the bench said. |

The apex court's status quo will also extend to the proceedings in the Pune civil court on KBL seeking damages for violation of the family deed.

Asking the parties involved in the case to explore the possibility of mediation, a bench comprising Chief Justice N V Ramana and Justice Surya Kant issued notice on the appeal by Sanjay Kirloskar and asked them to file replies within six weeks.

The top court asked Kirloskar brothers - Sanjay and Atul with others to explore mediation to resolve the family dispute relating to the assets.

"We both (judges) feel it is one of the reputed families and company. We feel the issues are sorted out by mediation or arbitration which is better in the interest of the company," the bench said.

"You go on litigating in the civil courts, you know. I don't want to comment on the system. All the lawyers can sit together and solve a way out and if you want some external assistance we can appoint some retired judge. Why do you unnecessarily want to fight this litigation? You can have some alternative resolution. There must be some common family friends and they can mediate," the bench said.

The feud over the deed of family settlement relates to the assets of the more than 130-year old Kirloskar group reached the apex court, with Sanjay Kirloskar moving the apex court against the Bombay High Court order that had relegated the dispute to arbitration.

The appeal contended that the order of the High Court is factually and legally untenable and misconceived and it contains serious errors of fact and law and incorrect findings have been arrived at on an erroneous basis.

The Kirloskar family members had entered into the DFS in 2009.

As per the appeal, according to the DFS, disputes relating to Kirloskar Institute of Advanced Management Studies (KIAMS) and Kirloskar Foundation (KF) are to be resolved unanimously and in case there is no unanimity, the issue is to be referred to two arbitrators -- Anil Alwani and C H Naniwadekar. If they differ in opinion then the dispute is to be referred to third arbitrator -- Srikrishna Inamdar.

DFS makes it clear however that only disputes relating to KIAMS and KF shall be referred for arbitration and not other disputes, the appeal said.

Another DFS clause states that no one in the family will compete with any other member in business. For instance, if one brother is manufacturing pumps, the other one would not engage in the same business, it added.

According to KBL, this clause has been violated by Rahul and Atul who have taken a stake in a pump manufacturing company, namely La Gajjar Machineries Pvt Ltd.

Being aggrieved, KBL had earlier filed a case in a Pune civil court seeking Rs 750 crore damages for violation of the agreement, the appeal said.

During the pendency of the suit in Pune court, Atul, Rahul and other respondents moved the Bombay High Court saying DFS had a clause that in case of dispute the parties can go in for Arbitration.

The high court, hearing their plea, had agreed with them and ordered resolution through Arbitration.

This order has now been challenged by Sanjay Kirloskar in the top court on the ground that only disputes relating to KIAMS and KF shall be referred for arbitration and no other disputes would be entertained by the arbitrators. Five firms of Kirloskar Group to carry out 'refresh' exercise to evolve into customer-focused...