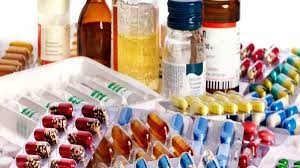 Iran has offered to assist India in the transportation of wheat, medicines and coronavirus vaccines to Afghanistan which has been reeling under a serious humanitarian crisis.

The offer was made by Iranian Foreign Minister Hossein Amir-Abdollahian during a telephonic conversation with External Affairs Minister S Jaishankar on Saturday, according to the Iranian foreign ministry.

In the conversation, Amir-Abdollahian also called for the formation of an inclusive government in Kabul, the Iranian foreign ministry said.

''Regarding Afghanistan, Amir Abdollahian stressed the need to form an inclusive government in the country. He also referred to India's humanitarian aid to Afghanistan, announcing measures and cooperation by the Islamic Republic of Iran to transfer this aid in the form of wheat, medicine and COVID-19 vaccine to the country,'' it said in a statement.

While the first consignment was sent on a special charter flight that brought 104 people to New Delhi from Kabul, the subsequent aid was sent to Kabul via a flight of Iran's Mahan Air.

However, India is yet to deliver 50,000 tonnes of wheat it had pledged to supply to Afghanistan as modalities for transporting the aid to the war-torn country through Pakistan are yet to be thrashed out with Islamabad.

There is an option for India of sending aid to Afghanistan via the Chabahar port in Iran. Located in the Sistan-Balochistan province on the energy-rich Iran's southern coast, the Chabahar port is being developed by India and Iran to boost trade ties.

The freezing of non-humanitarian funding by major donors to Afghanistan following its takeover by the Taliban in August has led to a severe economic crisis that deepened the humanitarian crisis.

''A wide-ranging conversation with my Iranian colleague, FM @Amirabdolahian. Discussed the difficulties of Covid, challenges in Afghanistan, prospects of Chabahar and complexities of the Iranian nuclear issue,'' Jaishankar tweeted on Saturday.

The Iranian foreign ministry said Jaishankar also referred to his country's assistance to Afghanistan and that India's policy on that country remained the same.

India has been in touch with Iran over the developments in Afghanistan following its takeover by the Taliban on August 15.

The Iranian National Security Advisor had attended a regional conclave hosted by India two months back on the Afghan crisis. The conclave was also attended by NSAs of Russia, Kazakhstan, Kyrgyzstan, Tajikistan, Turkmenistan and Uzbekistan.

''In response to the Indian foreign minister's question about the latest situation in the fight against the coronavirus in Iran, Amir-Abdollahian referred to the good trend of the nationwide vaccination in the Islamic Republic,'' it said.

It noted that the Iranian foreign minister ''positively assessed'' the fight against COVID-19 in Iran and said, ''We have been able to properly contain the virus, and so far 89 per cent of people have been vaccinated and are receiving a third dose of vaccine.''

On the Vienna talks over lifting the sanctions on Iran, the Iranian foreign minister stressed that the discussions are going in the ''right direction''.

The Iran nuclear deal was finalised in 2015 between Tehran and several world powers including the EU. It was aimed at curbing Iran's nuclear ambitions.

The US had withdrawn from the deal in May 2018 and reimposed sanctions on Iran. There have been fresh efforts now to restore the deal.

The Iranian foreign ministry said Jaishankar also referred to India's fight against the pandemic and noted that though the number of cases was rising, vaccination was moving at a good speed.

''He expressed pleasure with the forthcoming visit of Iran's top diplomat to India and called it a very good opportunity to develop bilateral cooperation,'' it added.