The legendary Kathak dancer passed away after suffering a heart attack at his home in Delhi. He was 83.

The legendary Kathak dancer passed away after suffering a heart attack at his home in Delhi. He was 83.

Taking to her Instagram story, Alia shared a black-and-white of the Kathak maestro and recalled being trained by him for the song 'Ghar More Pardesiya' in Kalank'.

"Had the honour and privilege of spending three full days with Pandit Birju Maharaj in 2018 while I was prepping for Ghar More Pardesiya. I will never forget all that he has taught me. It was possibly one of the most creative and fulfilling experiences that I have ever had," she wrote.

"A legend who has inspired several and will always continue to do so through his art. Truly breaks my heart to write this post today. May his soul rest in peace," Alia added. 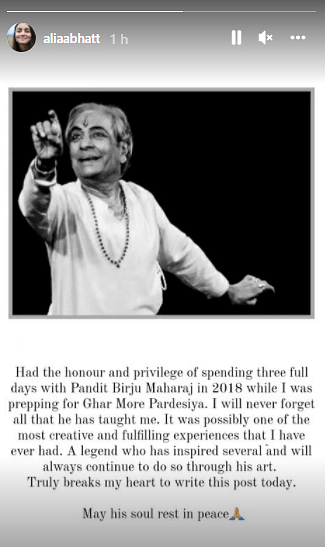 Alia had earlier revealed that she went to Pandit Birju Maharaj for a couple of days just to get the expressions correct.

Brijmohan Mishra, fondly called Pandit-ji or Maharaj-ji by his students and followers, he was one of India's best known artistes.

According to reports, Pandit Birju Maharaj, a recipient of the country's second-highest civilian award, Padma Vibhushan, was playing with his grandsons late on Sunday night when his health deteriorated and he became unconscious. He was taken to hospital where he was declared dead. 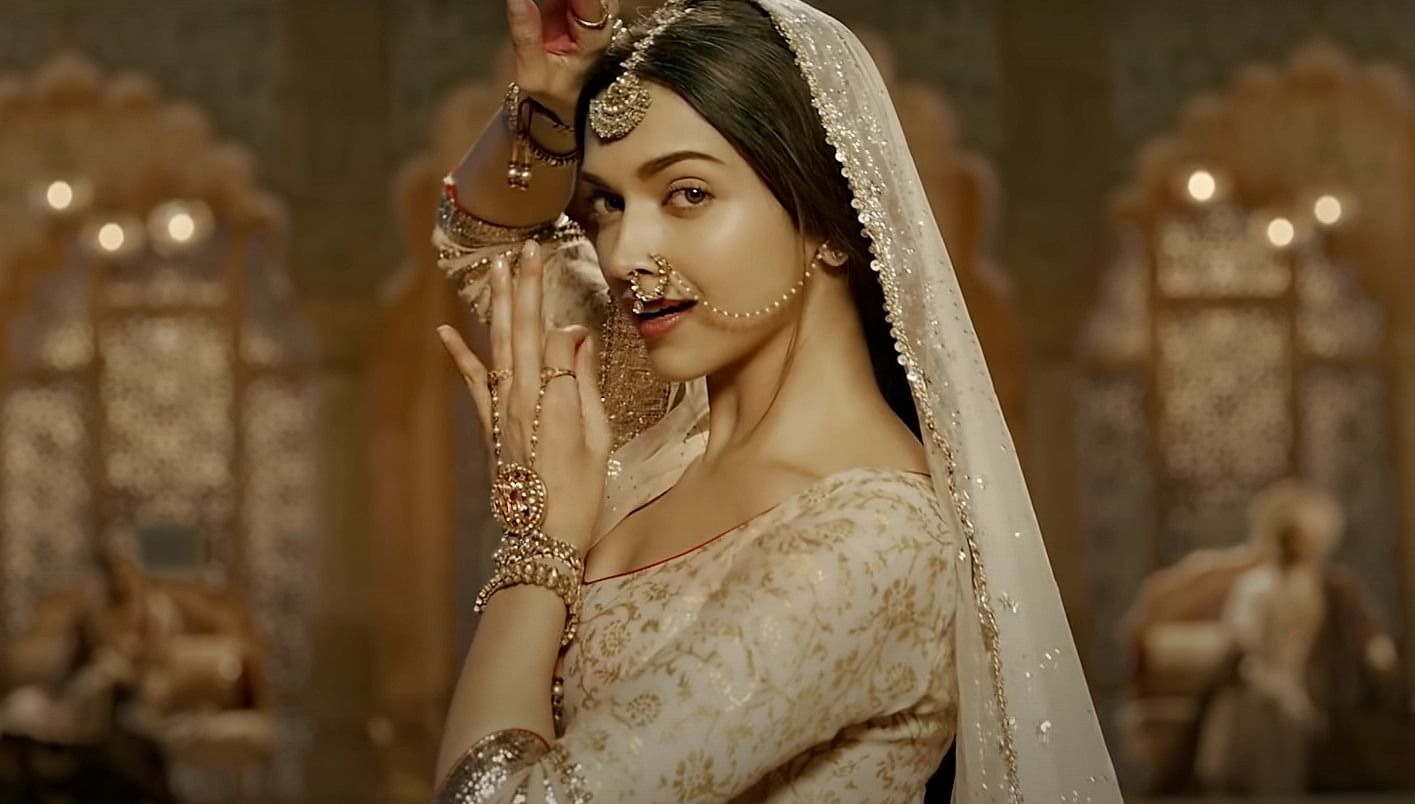 Birju Maharaj has choreographed several songs in Bollywood including 'Kaahe Chhede Mohe' for 'Devdas' (2002) and 'Mohe Rang Do Laal' in 'Bajirao Mastani' (2015).

Pandit Birju Maharaj was from the Lucknow Kalka-Bindadin gharana of Kathak dance in India. He was a descendant of the Maharaj family of Kathak dancers. His two uncles, Shambhu Maharaj and Lachhu Maharaj, and his father and guru, Acchan Maharaj are also patrons of the field. He was also known for Hindustani classical music and as a vocalist.

Read Also
'He was a legend': From Madhuri Dixit to Hema Malini, celebs pay tribute to Pandit Birju Maharaj 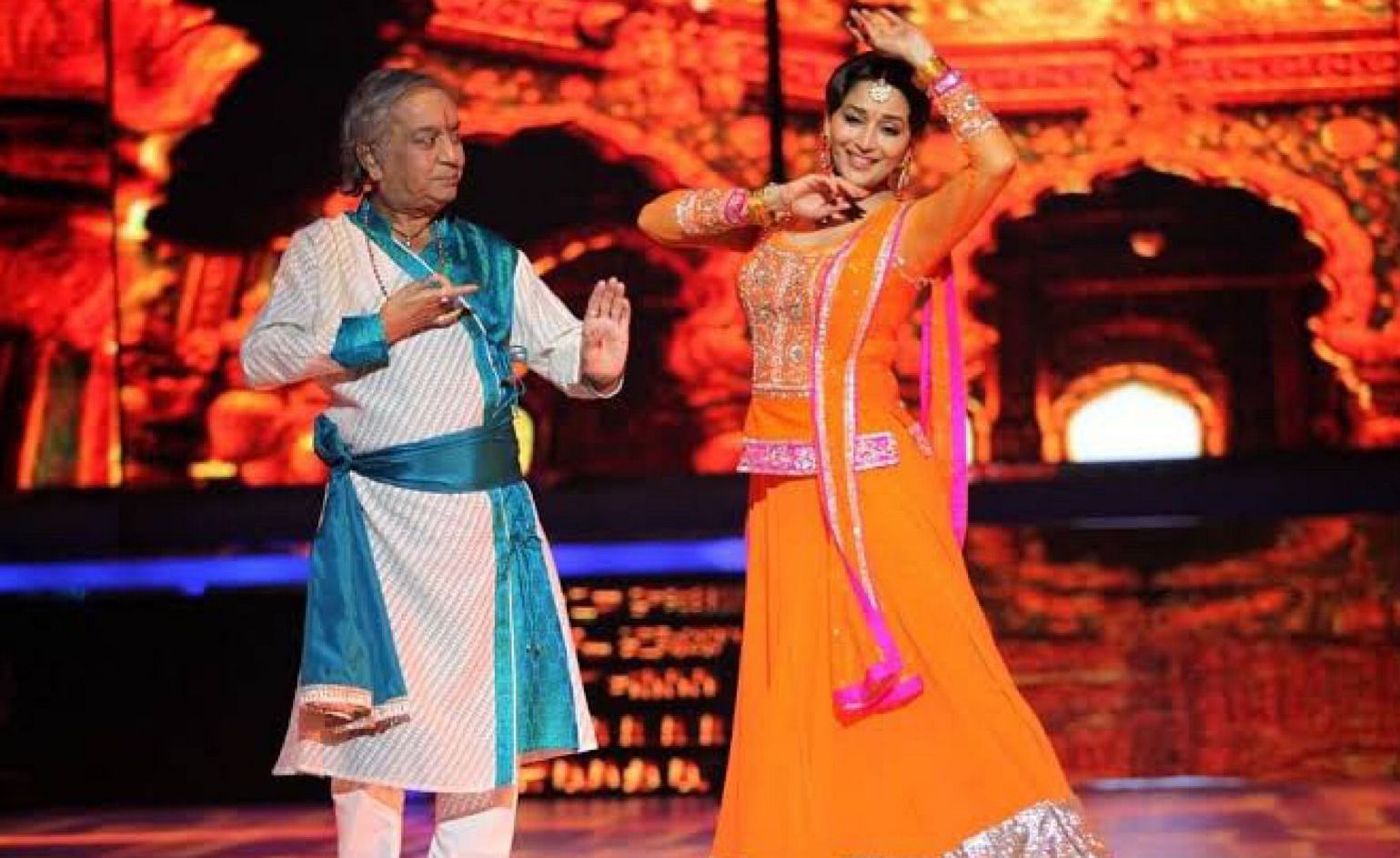