One of the most anticipated movies of Christopher Nolan, Tenet, was delayed several times on account of the coronavirus pandemic. Has the wait been worth it? Read on to find out

One of the most anticipated movies of Christopher Nolan, Tenet, was delayed several times on account of the coronavirus pandemic. Has the wait been worth it? Is 'Tenet' Nolan's magnum opus? I say, the best is yet to come.

It may be noted the title, ‘Tenet’, is a palindrome, and that the plural of opus is opera and appropriately, there's a grand opera scene. There's another palindrome embedded in the film, a derivative of the antagonist's surname Sator. He's a crazed Russian oligarch and Sator Square is a Latin palindrome consisting of the words: Sator, Arepo, Tenet, Opera, and Rotas. Getit?

Challenging the villainous Sator, is the nameless central character, aka protagonist, (played by John David Washington) who is simply billed as The Protagonist — a CIA spy on a mission to save the world. Rather like James Bond, who has a CIA ally called Felix Letter who suffers as horribly as our Protagonist, who, mercifully, lives to save the day.

Before that happens, there is time travel involved, much in the manner of Inception, Back to the Future, Edge of Tomorrow, and the TV series, Counterpart. Don't know about the aforementioned, but Nolan has clearly employed a scientist to establish a credible plot and avoid errors pertaining to plausibility.

And so, it comes to pass that the film's characters and objects ‘reverse’ (courtesy, special effects wizardry). In other words, the characters go back and forth, resonating with the structure of the titular palindrome. Interactions hinge on gestures harking to secret societies like the Freemasons.

They say time and tide waits for no man. Time travel is a paradox, but Nolan is arguing that time can be manipulated to change the flow of history. That is cerebrally daunting. For, Nolan doesn't care to elaborate.

Repeat viewings might be good to figure out the complex goings on. Still, an emotional connect is achieved by issues of domestic abuse, and the action rendered fast pace by shootings, crashes and explosions galore. Even better, Tenet underlines themes of teamwork, perseverance, bravery, courage, integrity, and empathy. Why, a sequel would be the very thing!

Read Also
Come Play review: A chilling tale of monster that lurks in a child’s gadgets 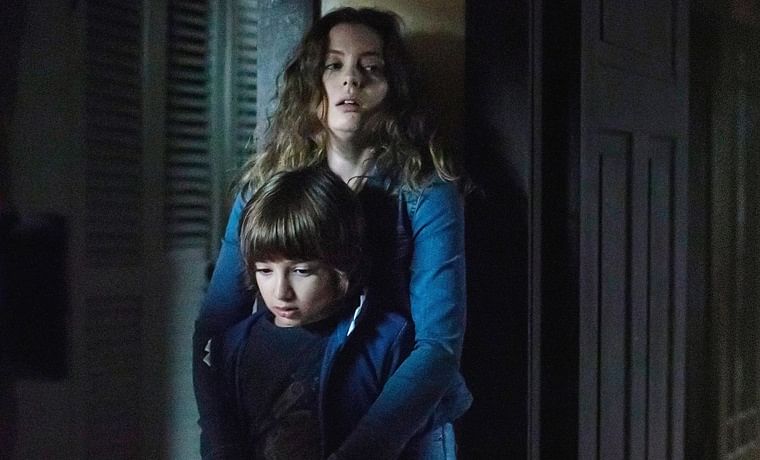