LUDO review: Might not be as addictive as the Ludo game, but it sure is more fun

Ludo’s screenplay (written by Basu) once in a while loses direction and sometimes gets a bit too indulgent, but manages to get back on the track soon enough

You know what to expect from Ludo even as the credits roll. The delightfully quirky tempo is built up from the word go and it is to director Anurag Basu’s credit that he keeps the tempo on and keeps us intrigued for most part of it.

The last time Basu delighted us with a zany musical 2017 film, Jagga Jasoos, and this time he doesn’t disappoint either. Basu comes up with yet another anthology, (after his emotionally rich 2017 fim, Life in a metro). This time Basu gets braver and paints four different worlds in four different whimsical and breezy strokes. Inspired by the game Ludo, which most of us indulged in during the lockdown phase, Basu interestingly makes the four colours of the game the theme of the four stories.

A black comedy, Ludo has Sattu (Pankaj Tripathi), a local don from Ranchi playing the central character. Sattu is ruthless and he loves veteran actor Bhagwan Dada’s one particular song, which tells us about life's harsh truth. Sattu is also the common point between all the characters in the four stories.

Akash (Aditya Roy Kapoor) is a doctor and a part time ventroloquist. Akash happens to come across a port clip involving him and his one-time lover Shruti (Sanya Malhotra). Akash wants to help Shruti as she is just about to get married and seeks Sattu’s help. Sattu is Bittu (Abhishek Bachchan)’s ex boss and Bittu’s just out after spending years in the jail. Sattu is desperate to meet his daughter as his ex wife has moved on, but still needs his help. Alok (Rajkummar Rao) is a hopeless romantic, still in love with his childhood crush Pinky (Fatima Sana Shaikh). Alok jumps up to help Pinky when her husband gets embroiled with Sattu. A salesman (Rohit Saraf) gets in trouble with Sattu when he happens to be the eye witness in one of Sattu’s crimes.

Ludo’s screenplay (written by Basu) once in a while loses direction and sometimes gets a bit too indulgent, but manages to get back on the track soon enough. It is evident that the ensemble cast of the film had a blast being part of this film The ever dependable Pankaj Tripathi does full justice to his role of the don. Rajkummar Rao’s colourful character might be the most difficult to play, but he manages to make it credible without once overstepping it. Abhishek Bachchan as the brooding Bittu does a good job. The rest of the cast, Aditya Roy Kapoor, Sanya Malhotra, Fatima Sana Shaikh and Rohit Saraf do a decent job. Pearle Maney who plays a Malayali nurse, makes her Bollywood debut and leaves quite an impression.

Watch this one. It might not be as addictive as the Ludo game, but it sure is more fun.

Stars: Three and half 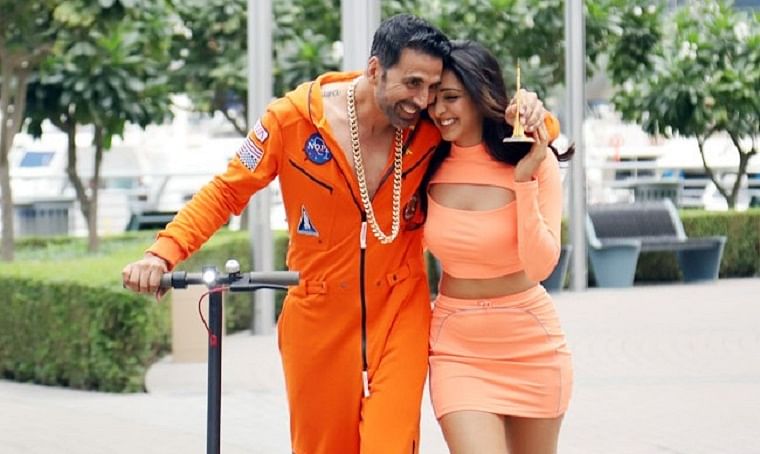 HomeEntertainmentBollywoodLUDO review: Might not be as addictive as the Ludo game, but it sure is more fun