Kirti Kulhari announces separation from husband Saahil Sehgal after 5 years of marriage; says 'it's not easy'

The 35-year-old took to Instagram and stated that the separation will not be on paper.

The 35-year-old took to Instagram and stated that the separation will not be on paper.

She wrote, “A simple note to let everyone know that my husband Saahil and I have decided to separate. Not on papers, but in life. A decision that's probably harder than the decision of "being with somebody", because coming together is celebrated by everyone you love and care about.”

The actress further added, “And the decision of "not being with somebody" brings along pain and hurt to the same people. It's not easy. Guess it is not meant to be easy but IT IS WHAT IT IS.”

“To all those who really care, I am in a good place and hope everyone who matters in my life is too. Will not be commenting further on this. Upward and Onward... Always,” concluded Kirti.

Not to mention, in December 2020, Kirti had said that she will be away from social media for a few days.

In 2019, Kirti opened up about her love story in an episode of Netflix's chat show "The Brand New Show".

She said that she first met Saahil during the shoot of an advertisement.

"I met this man at an ad shoot where we exchanged numbers, but nothing happened and five years passed by. Suddenly we met again at another shoot and Woah! He looked so good," Kirti said.

"It was a different vibe at that time and that's when he asked me for my number again to which I told him: do use it this time. The next thing you know was that we were engaged," she added.

In another interaction, the actress said that she struggled with self-confidence and self-esteem issues as a teenager, and discovered internal strength growing up.

"As I grew up and found who I am internally, I realised it's actually empowering to be the first mover. It takes a lot of courage, but being the first person to ask someone out, or even to actually propose to someone is incredibly empowering -- I actually asked my husband Saahil Sehgal to marry me! Once you've done it, like everything else in life, you laugh at yourself and go -- that was super easy," she said.

Kirti has made her mark with diverse roles in series such as "Four More Shots Please!", and "Criminal Justice: Behind Closed Doors" as well as films such as "The Girl On The Train" and "Uri: The Surgical Strike".

Read Also
I am looking to get out of my comfort zone: Kirti Kulhari 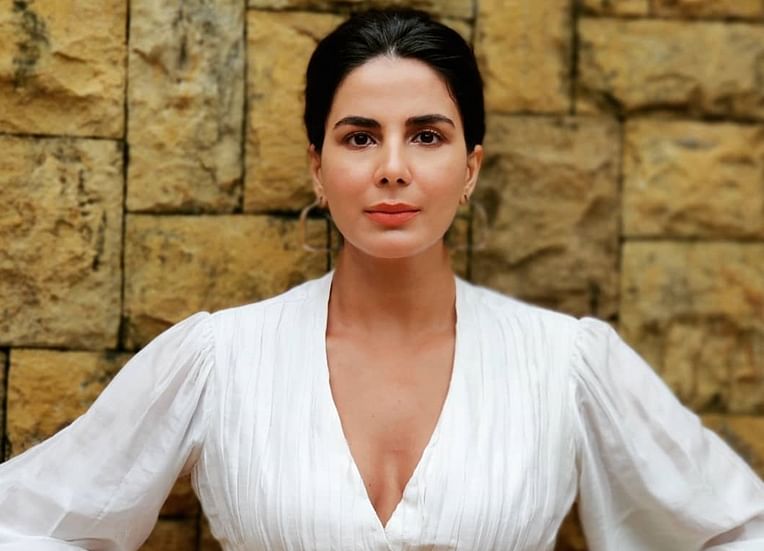 HomeEntertainmentBollywoodKirti Kulhari announces separation from husband Saahil Sehgal after 5 years of marriage; says 'it's not easy'