Jaya Prada added that the song needed a lot of acting, however, owing to some previous shooting sequence, Big B got his hand burnt

Veteran actress Jaya Prada has recalled an amusing incident about how megastar Amitabh Bachchan had performed the De De Pyar De song despite burning his hand.

While speaking on the set of Indian Idol 12, the actress lauded a contestant after he performed on the song.

She also recalled how Big B made it a style by keeping his injured hand in the pocket and danced to the song from the 1984 film, Sharaabi.

She added that the song needed a lot of acting, however, owing to some previous shooting sequence, Amitabh Bachchan got his hand burnt due to firecrackers.

Calling Bachchan a legend, she further said that the megastar knows how to take advantage of all the situations. "He came up with an idea. He decided to keep the hand wrapped in bandage in his pocket and used the other hand for performing the sequence," she revealed.

The story took everyone by surprise as no one knew that the iconic step was the result of an accident and not a choreographed one.

Jaya Prada also recalled an incident involving her and the late superstar Sridevi, from back in the day when the two actresses were considered top competition to each other.

The year was 1984 and both of them were shooting for the film Maqsad with Rajesh Khanna and Jeetendra. Realising Sridevi and Jaya Prada wouldn't speak to each other, the two lead actors devised a plan.

"It's never been that we had any personal grudge against each other but it is just that our chemistry never matched. We never had eye contact with each other as we both were in competition, be it dresses or dance. Every single time we met we were first introduced on set, and we would say namaste to each other and move ahead," Jaya recalled.

She went on to revea, "I still remember, during the shoot of Maqsad, Jeetu ji and Rajesh Khanna ji locked us in a makeup room for an hour but we both did not even say a word and everyone gave it up on us!" 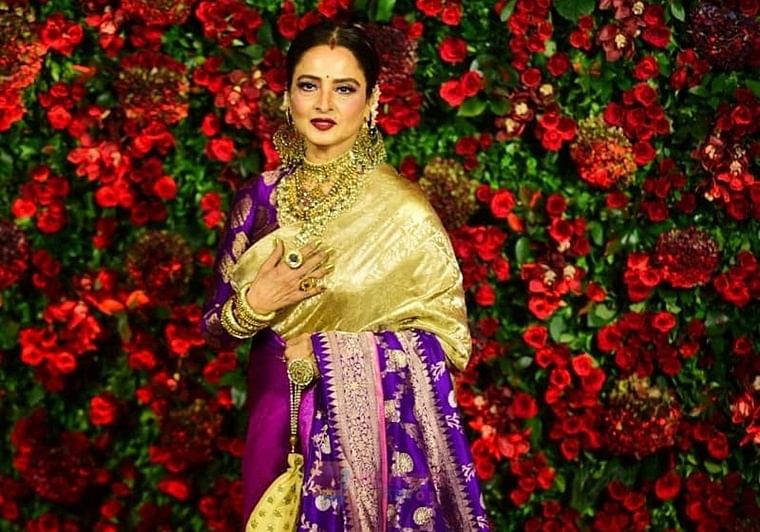 Indian Idol 12: Did Rekha hint at her love for Amitabh Bachchan?