Advertisement
Home / Entertainment / Bollywood / Is Aamir Khan collaborating with Mohanlal for a film down south?

Is Aamir Khan collaborating with Mohanlal for a film down south?

Bollywood's Mr Perfectionist Aamir Khan is currently gearing up for his upcoming release 'Laal Singh Chaddha'. While there has been no concrete update on his other projects, looks like, the actor is eyeing a collaboration down south with superstar Mohanlal.

Aamir and Mohanlal met on Saturday and their photo has left fans wondering if the two popular actors are set to join hands for a new film. If they indeed decide on a film together, then Aamir will not be the first Bollywood star to do so. Of late, a lot of B-Town members have been taking the road down south with multistarrer films.

Alia Bhatt recently starred in the SS Rajamouli directorial 'RRR' alongside Ram Charan and Jr NTR. Ajay Devgn too was a part of the film.

On the other hand, Salman Khan is set to mark his Telugu film debut opposite Chiranjeevi in the upcoming actioner 'Godfather'. 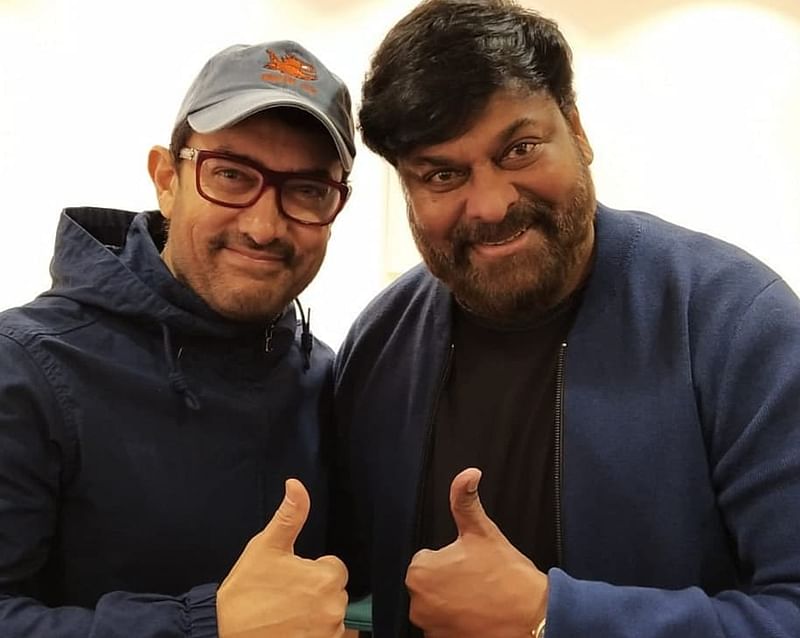 Meanwhile, Aamir's 'Laal Singh Chaddha' is all set to hit the silver screens on August 11, after much delay.

The film was supposed to release in the theatres earlier but the production work faced several roadblocks due to the COVID-19 pandemic.

The film also stars Kareena Kapoor Khan and it will be after 13 years that she will be seen sharing the screen with Aamir.