Did you know? 'Prithviraj' makers created over 50,000 costumes, 500 turbans for the Akshay Kumar-starrer

'Prithviraj' is set to release on June 3

Akshay Kumar’s next is Yash Raj Films’ first historical, 'Prithviraj', which is based on the life and valour of the fearless and mighty King Prithviraj Chauhan. He is essaying the role of the legendary warrior who fought valiantly to protect India from the merciless invader Muhammad of Ghor in this visual spectacle.

Given the scale of the film and the authenticity that the makers wanted to achieve, it is no surprise that the film had to create over 50,000 costumes and also used 500 different types of turbans during the shoot.

The film’s director, Dr Chandraprakash Dwivedi says, “Detailing was key to making a film like 'Prithviraj'. Like for example, 500 different turbans were created for the film. All these were authentic replication of the kinds of turbans worn by kings, masses, people of various professions at that time. We had an expert on turban styling on the set who would oversee the process of these turbans being worn by our actors.” 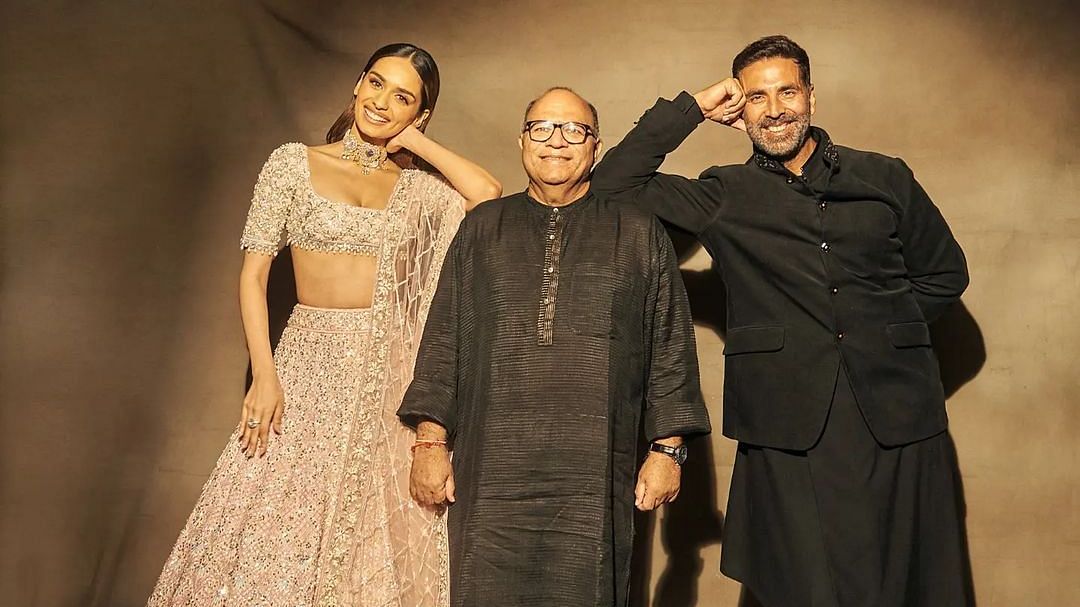 He adds, “Over 50,000 costumes were handmade for the film by a costume designer who, along with his team, was specially flown in from Rajasthan to stay in Mumbai and make these costumes from scratch. I’m glad I had a producer like Aditya Chopra who believed in my vision for the film and backed me completely to tell a story like this in the grandest way possible.”

Akshay Kumar says, “Rarely do films take this much effort and embark upon such monumental tasks. Every element of our film which is based on the life of Samrat Prithviraj Chauhan has been dealt with utmost sincerity, authenticity and reverence. We have paid attention to the minutest details while making the film because we wanted this to be the most glorious retelling of Samrat Prithviraj’s life on the big screen.”

'Prithviraj' has been directed by Dr Chandraprakash Dwivedi, who is best known for directing the television epic 'Chanakya' and the critically acclaimed film 'Pinjar'. The ethereally gorgeous Manushi Chhillar plays the role of King Prithviraj’s beloved Sanyogita and the film also marks her Bollywood debut.

'Prithviraj' is set to release on June 3 in Hindi, Tamil and Telugu. HomeEntertainmentBollywoodDid you know? 'Prithviraj' makers created over 50,000 costumes, 500 turbans for the Akshay Kumar-starrer