After deleting Kangana Ranaut's 'Dhaakad' tweet, Amitabh Bachchan reveals several of his posts have been given notices

In his blog, the megastar may have hinted why he did what he did

Actress Kangana Ranaut, who is currently promoting her upcoming spy action thriller ‘Dhaakad’, pulled up veteran actor Amitabh Bachchan for deleted his tweet about the film.

Now, in his blog, the megastar may have hinted why he did what he did.

Big B wrote, “There are strict rules and regulations now by the GOI and the ASCI guidelines , I think that is who they are , who have now given ruling that, Influencers - a new terminology for them that put up product pictures with mention or product pictures, to state that they are the sponsors, promotors etc., or in partnership.. Else it is becoming illegal.. So several posts of mine have been given notices that the change should be done … else… ya...!!”

For those unversed, Amitabh Bachchan had shared the teaser of a 'Dhaakad' song and tweeted, All good wishes” with a thumbs-up emoji.

However, he later deleted it.

Kangana in an interview with Tried & Refused Productions said, “There are personal insecurities and they are all trying to hide behind the thing that oh we will get boycotted from the industry. Of course, there are likes and dislikes but this is so striking that Mr Bachchan tweeted the trailer and then he deleted it in other five-ten minutes. At somebody of his stature, whose pressure will he have? I just don’t know, I find this situation a bit complex.”

'Dhaakad' is set to arrive in theatres on May 20. The film is directed by Razneesh Ghai, also starring - Arjun Rampal, Divya Dutta, Saswata Chatterjee among others.

Read Also
Kangana Ranaut REACTS to Amitabh Bachchan deleting tweet about 'Dhaakad': ‘Whose pressure will he... 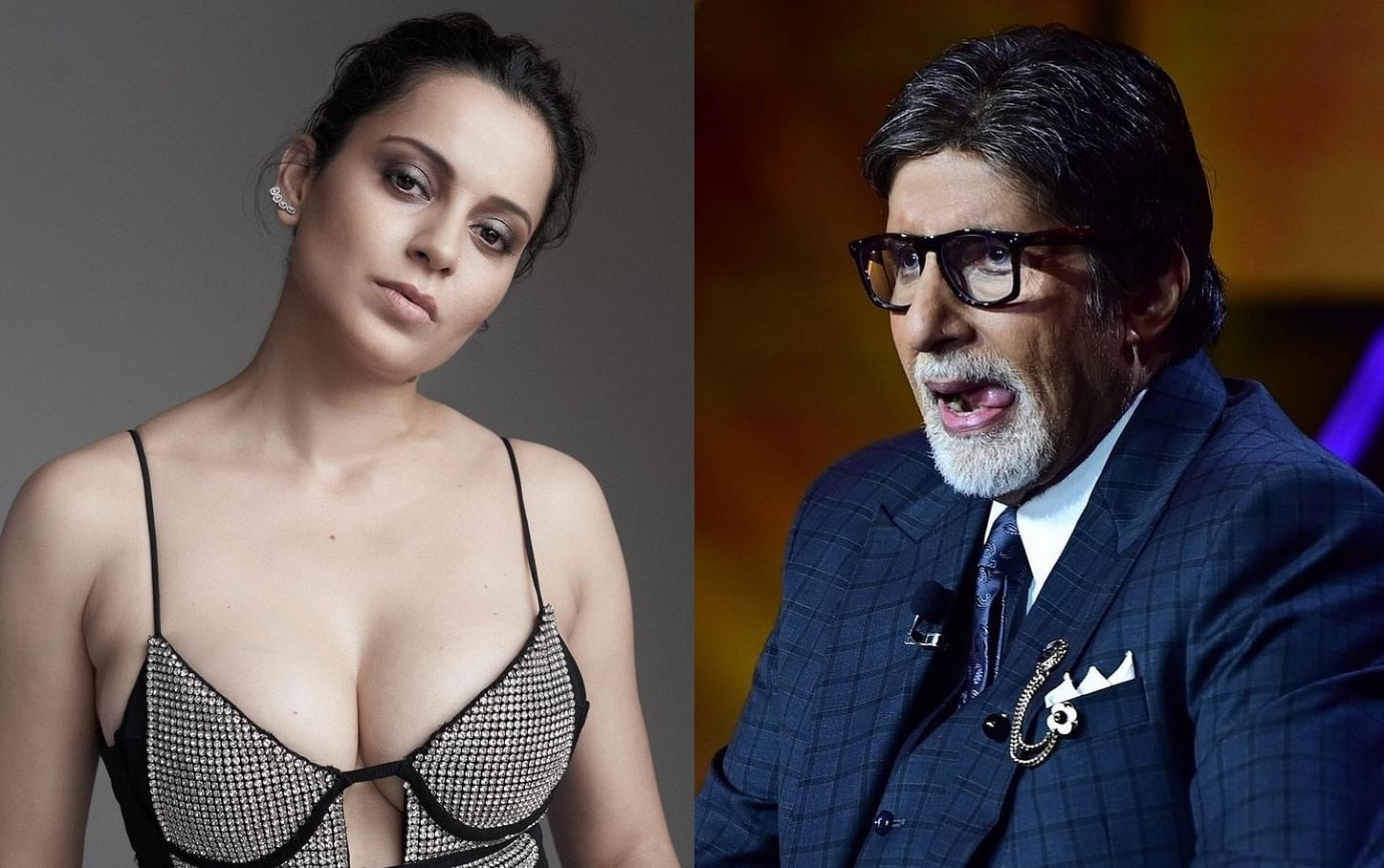